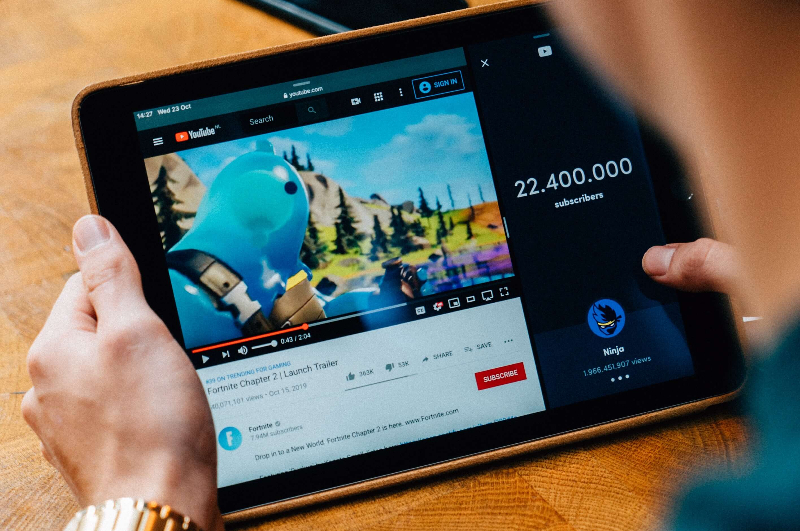 Why and how to invest in esports to reach its audience

It is estimated that by the end of 2021, global esports revenue will be almost $1.1 billion, with $833.6 million coming from media rights, sponsorships and esports advertising. The streaming audience is said to hit 728.8 million people, roughly 10% more than last year. And if these numbers seem rookie to you, if they don get you to think “That’s big! How to invest in esports then?”, keep in mind that the trend is on a consistent rise and every year it reaches new heights in the number of competitors, fans and sponsors, as well as the sheer amount of money circulating in the esports industry.

Long gone are the days of competitive gaming being a niche hobby. Currently, it’s an enormous industry that is attracting brands of all kinds and sizes with the promise of steady earnings and a significant boost in brand awareness. Are you interested in joining them? Let’s talk about why esports marketing is worth getting into and how you can become a valuable player in the industry, even if you do not have any experience.

The easiest way to answer the “why should I bother with the esports marketing” question is by looking at the statistics. When talking about the marketing potential of the competitive gaming industry, the first thing that comes to mind is the size of the esports audience. It is predicted that by the end of 2024 around 577.2 million people will be watching esports. And although this is impressive in itself, the real power lies in the CAGR (the Compound Annual Growth Rate) of the esports market.

The industry isn’t just growing but the growth increases with each passing year. The pandemic might have stopped the biggest real-life tournaments from happening, but at the same time, the number of users on the streaming platforms has spiked. The format of competitive gaming gives it a significant advantage over traditional sports and other forms of mass entertainment – even if big events are cancelled, esports can still find a way to attract audiences thanks to their connection to the digital world.

As competitive gaming becomes more mainstream, new opportunities for brands emerge. Esports fans are no longer exclusively young males – and the more diverse the target group, the greater the chance that you will find people interested in your product or service. Gaming as a whole became one of the most influential forms of entertainment. Seeing the continuous development of video games, computer hardware and consoles, the rising popularity of AR and unwavering interest in mobile games, one can predict that the industry will only keep growing and gaining new target demographics. After all, today’s youth is growing up as digital natives!

How to invest in esports and choose your esports marketing strategy

Once we established why reaching the esports audience is worth the effort, let’s see how you can invest in esports and reach its audience effectively. To begin, you need to compare your target market with the esports audience demographics. As we mentioned, it is getting more diverse, however, for the time being, young men still make up the majority of it. What’s important to keep in mind is that the demographics depend greatly on the genre of the game.

For example, if your intended target market consists mainly of Gen Z, games from the MOBA (Multiplayer Online Battle Arena) genre will be a good idea. If you want to attract older Millennials and members of Gen X, consider Turn-Based Strategy games. If you are looking for female viewers, aim at games from the Atmospheric Exploration genre – they tend to gather much more diverse demographics than regular FPSes (First-Person Shooters) or MMORPGs (Massively Multiplayer Online Role-Playing Games).

Do your research and don’t be afraid of niche genres – they may bring in humbler audiences, but their demographics tend to be better-defined. If it happens to fit your intended target market, you can count on the low cost of reach and high possibility of getting engagement.

Advertising in esports is quite similar to advertising in traditional sports – you have quite a few options to choose from but sponsorships tend to work the best. Let’s take a look at the few different strategies you can choose from:

Not all of these strategies will grant you immediate success. There are many factors you have to take under consideration when asking yourself the question about how to invest in esports – your target market, what your brand specialises in, the main goal of the campaign, your budget, and so on. If you are looking for the most flexible strategy that allows for the biggest customisation and comes with the least risk, you should take interest in inSTREAMLY.

We are a platform that connects brands with streamers, delivering tools that make sponsorships beneficial for both parties. Our technology is especially helpful for people who would like to become esports sponsors but are not very familiar with the gaming industry, as we know gamers and esports pro-players and work with thousands of them.

See what inSTREAMLY can do for your brand and start creating marketing campaigns that will allow you to reach audiences you have never been able to before.

Start your own marketing campaign in esports!