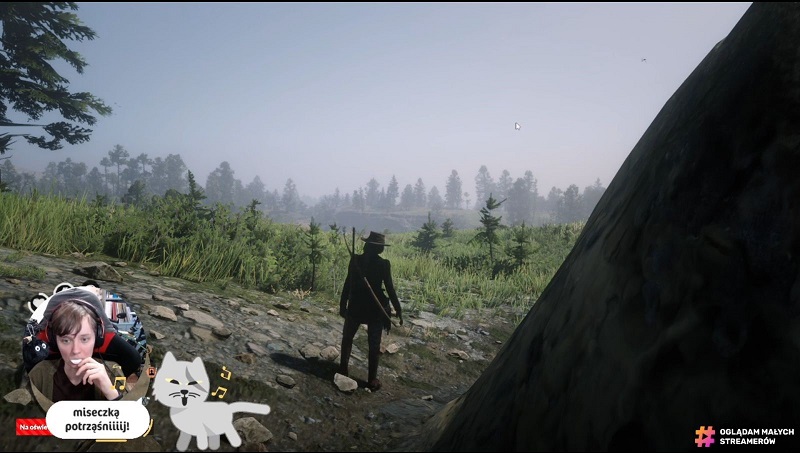 Last year we joined forces with the Sarigato Foundation by involving Polish streamers in the Daj Bezdomniakowi Donejta (eng. donate to homeless animals) activation to support animals during the most challenging season – winter. This year we joined forces again and launched Daj Bezdomniakowi Donejta 2.0. Check out how we helped our four-legged friends this time!

For the record, the Sarigato Foundation created the Karmimy Psiaki (eng. Feed the Dogs). It’s an initiative to help animals living in shelters. The foundation helps shelter animals by organising various food donations, animal adoptions and provides education about the matter.

The “Daj Bezdomniakowi Donejta” (eng. donate to shelter animals) initiative came from stray cats and dogs that need our help. Especially when the winter season comes. We thought creating a campaign that speaks in the gamers’ language would be the most effective way to help. So we used the community-wide, well-known “donation” formula.

inSTREAMLY allows you to place content directly in the streamer’s live broadcast. Gamers are a group that appreciate when a person or brand from the outside understands them and shows interest in their world. So with that in mind, we created a campaign that used this well-known concept.

Knowing how well-received the previous campaign’s artwork was, we decided to stick to the same concept and use the same animations this time. The artwork, prepared with our help by Sarigato, depicted a dog or a cat, which, speaking the players’ language, conveyed their needs to the viewers.

The winter will be peaceful this year

To our joy, this year’s activation beat last year’s campaign by providing over 2,000 PLN to shelter animals! This time 561 streamers joined the action – 450 more streamers than the previous year. 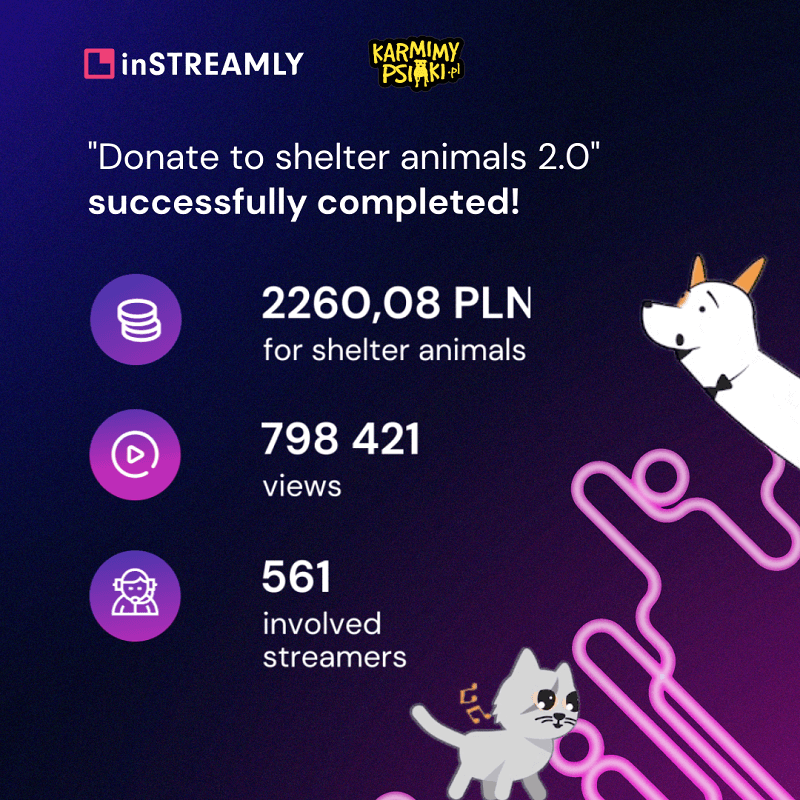 Once again, streamers and their viewers proved how unified and selfless they are as a  community. This winter was a little more peaceful for our four-legged friends, thanks to them.

Start your own branded campaign with streamers!

Blik - how influential is customer’s trust for campaign success

We went all the way and created 3 displays, reminiscent of the inventory panel from games like League of Legends, Fortnite and Valorant. It turned out to be a hit. BLIK trusted our gut feeling and we got the green light to run the campaign.