How to make money playing video games and streaming 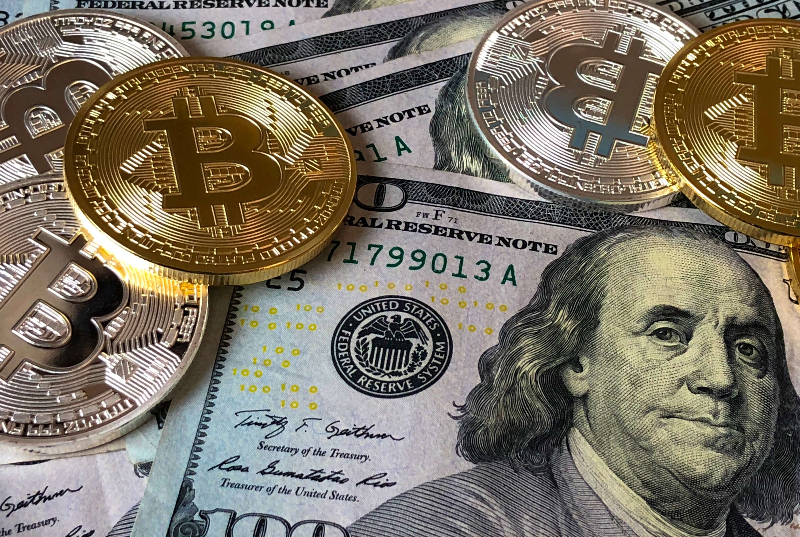 If playing games is your passion, you probably want to spend as much time as possible doing it. However, it can be hard to do while spending dozens of hours at work each week. So, how to make money playing video games or streaming games, so it can become your full-time job? What are the best ways to get paid for gaming? There are many more of them than you might think!

If you want to make money gaming, don’t just focus on one thing

A salaried worker is usually able to support themselves while only having one income stream, since it’s very stable and never falls below a certain threshold. It’s different with streamers – their income can vary greatly on a monthly basis, due to such things as changing viewership figures and sponsorships beginning or ending. On the flip side, if you spend some time on it and plan well, you can open up new income streams and achieve great results.

As such, it’s very important for every streamer, and everyone else who wants to make money playing games, to diversify their income streams. Because of that, even if donations are lower than usual in any given month, it won’t be a cause for worry. You will be able to supplement your income with something else and keep it high enough to support yourself, which is especially important for less popular gamers that may not have huge savings.

How to make money playing video games? Here are the best examples!

Many people want to get paid to play video games – not only because it’s an interesting career choice, but also because there’s a possibility to earn a truly impressive amount. You can read our article about how much Twitch streamers make to learn more about this topic.

There isn’t just one way to make money playing games. Everyone’s different, so you don’t have to exactly replicate some other streamer’s journey. There are many more income sources to pick and choose from than you may realse. Check out some of the most profitable and most popular examples below! 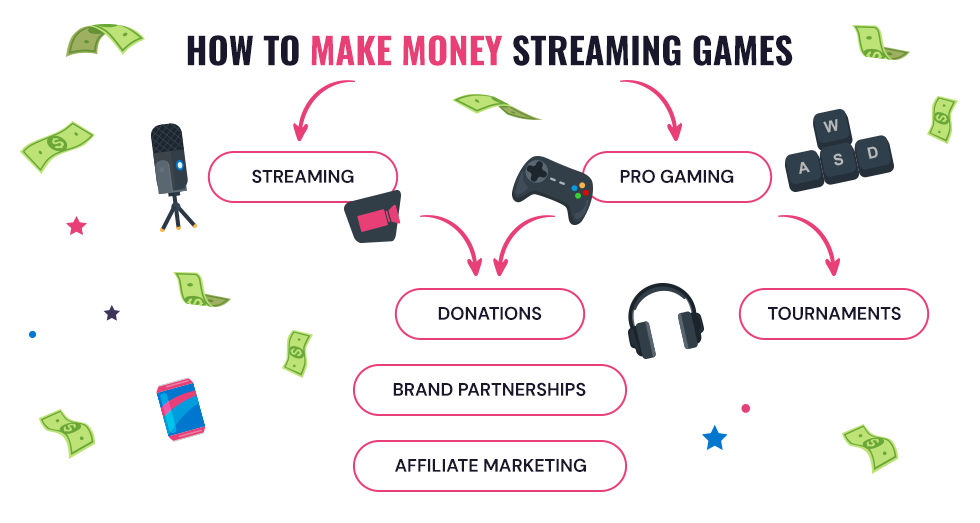 What’s the simplest answer to the question of how to make money playing video games? Streaming it, of course. People may find your streams entertaining and support you financially even if you aren’t a particularly skilled gamer. Personality and charisma are key.

It’s important to note that streamers don’t get paid just for the streaming itself (except for sponsored streams), so it’s entirely possible to stream for hours and not earn a single cent. You may be wondering where the money comes from, then.

Two sources worth mentioning are advertising revenue and subscriptions. Twitch and other streaming platforms split such revenue with the streamers, but there’s a catch. For example, in the case of Twitch, you have to become an official Affiliate or Partner to receive money from ads (and other sources, such as Bits, which are Twitch’s virtual currency, or aforementioned subscriptions).

2. Want to get paid to play video games? Become a pro-gamer

CS:GO, Fortnite and PUBG tournaments can have reward pools in the millions of dollars. Those are just some famous examples – there are many more games that have very active e-sport communities. As such, talented players, many of which are teenagers and young adults, can become esports stars and earn insane amounts for playing well.

Taking part in esports competitions is one of the most straightforward ways of making money from gaming, but it requires a great deal of skill. Becoming a pro-gamer demands a lot of hard work, training and natural talent, so it’s not for everyone. If you make it as a pro, though, you might be set for life.

Donations allow the viewers to directly support their favourite content creators (streamers, YouTubers and so on). Even if most of them are only a couple of dollars each, when added together, they can be a crucial income source for a streamer. Many streamers also receive bigger donations from time to time. It’s not unusual to see people at the top of donation leaderboards spend thousands of dollars to support their favourite player.

Remember that donations are determined not only by the audience size but also the level of its engagement. Sometimes a smaller, but more engaged community may be much more generous with donations than a larger, although less tightly-knit one. Because of that, it’s important to try to build the audience’s engagement and encourage them to donate (in a non-annoying way). 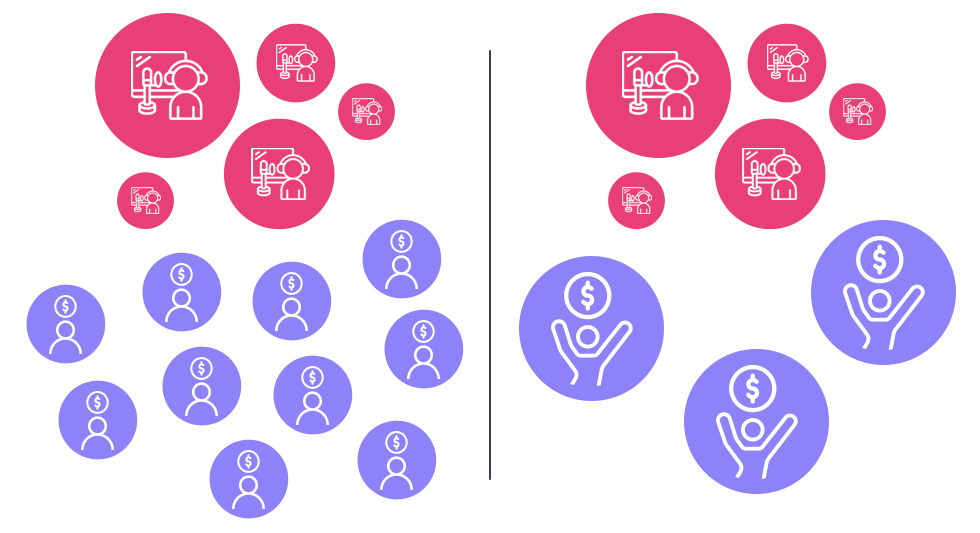 4. Get brand partnerships through inSTREAMLY

For some streamers, brand partnerships are one of their biggest sources of income. They aren’t that easy to come by, though, if you have to procure them yourself. Searching for compatible brands, reaching out to them and leading contract negotiations can be quite bothersome.

inSTREAMLY strives to solve this problem, thus making streamers lives easier and allowing them to earn more. It’s a great way for streamers, no matter their channel size, to connect with potential sponsors (including some of the world’s most recognisable brands) and streamline the whole process.

At inSTREAMLY you sign sponsorship deals with cool brands and earn on your stream!

Affiliate marketing is a great choice for small and big streamers alike. It’s quite simple – usually, a streamer gets a dedicated link that points the viewers to a product. When audience members buy it using such a link, the content creator gets a small affiliate fee from the transaction.

The link can be put in your social media, Twitch panels or the live chat. Either way, it’s a method worth considering, as it requires relatively little effort and can have a great payoff. The products you advertise should be consistent with your brand and related to your audience’s interests. Otherwise, it’s less likely that anyone will actually make a purchase.

As you can see, if you are wondering how to make money playing video games, you are pretty much spoilt for choice. Ads, sponsorships, tournaments, affiliate marketing and other methods mentioned above are just the tip of the iceberg. Other interesting things to consider are selling your own merchandise and putting together your own game (or giving someone else the license to use your likeness). Just think about what suits you best and plan accordingly!