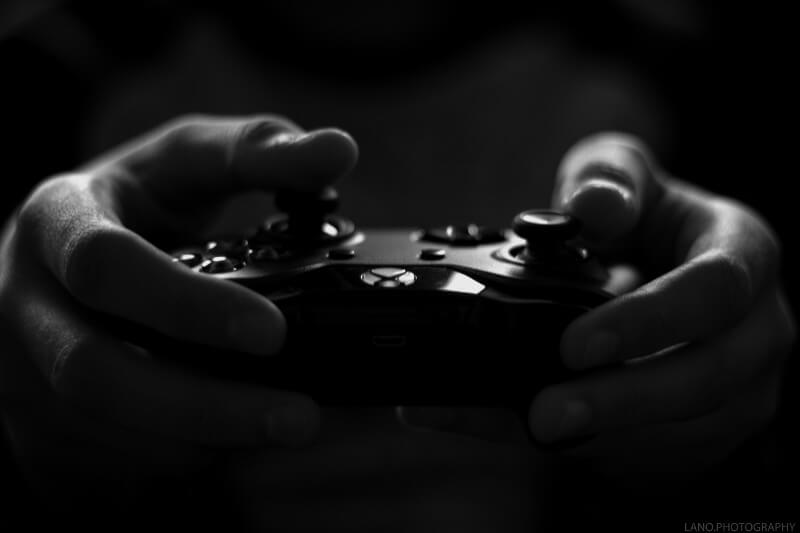 Gaming Industry Revenue + Other Statistics for Brands to Watch For

The year 2020 has brought a sudden increase in the compound annual growth rate of the video game industry. Elevating its worth to a whopping $159 billion. The pandemic outbreak most definitely influenced this sudden increase. And we are not likely to see a similar record this year. Nevertheless, the gaming industry revenue is forecast to grow at a rate of 4,4% over the next four years, reaching a worth of $197.4 billion by the end of 2025. 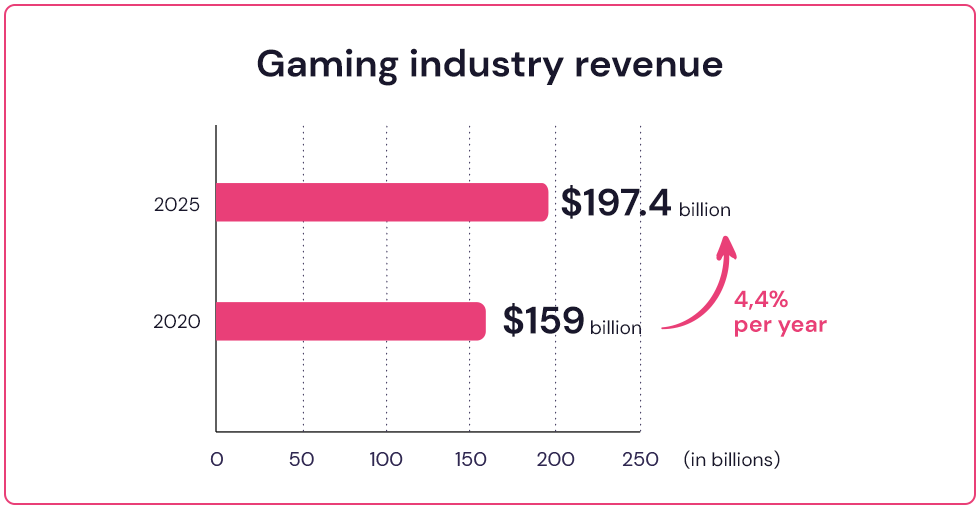 Why are we telling you all of that? Certainly not to amaze you with some flashy numbers with little to no context. Everyone is somewhat aware that the gaming industry is a big one, however, it’s not the size alone that makes it so tempting for business owners interested in investing in video games marketing. Let’s take a look at 4 gaming industry statistics that should catch your attention. And make you reflect on your marketing strategy!

We’ve already briefly touched upon this topic, but there is no denying that the global revenue of the gaming industry is, to put it lightly, rather impressive. In 2019 the market estimated the industry to be about $145 billion and keep growing steadily. However, no one could predict the madness that ensued once the pandemic hit – the growth has accelerated rapidly so that the gaming industry annual revenue for 2020 ended up being $159 billion. In comparison – it’s the same year the global entertainment and media industry fell by almost 4%. Losing more than $100 billion in the process.

The steady growth of the gaming market, only accelerated by the same factor that hurt the global entertainment and media industry (and almost tanked movie theatres), is the best testimony to its real value. Video games are more than just entertainment you mindlessly consume – their interactive nature makes them unique compared to other media.

Additionally, they allow for interpersonal contact, benefiting both the outgoing types craving more social interaction and introverts who feel best communicating with others on a limited basis and on their own terms. This is why the growth of the gaming market skyrocketed during the pandemic. And it took the CAGR (compound annual growth rate) to an astonishing record of 10%.

The Growth of Live Streaming

If one were to identify the branch of the gaming industry that experienced this sudden expansion the most, it would definitely be live streaming. In its report, Tech Jury goes as far as to announce that it has grown by 99% between April 2019 and April 2020! And although this spike was, once again, influenced by the pandemic, the popularity of live streaming isn’t fading away.

As of 2021, Twitch is the biggest streaming platform in the world. With over 9.3 billion hours of live entertainment watched by its users. In the second quarter of the year, they also reported an increase of 4% in comparison to the first, which indicates new records in the future, especially when you realise the 31% jump between the second quarter of 2020 and 2021. Such big differences prove that the live streaming industry streak did not end after the year of the pandemic’s outbreak. Nor did it slow down.

Marketers are noticing these trends, as approximately 35% of them include live streaming in their campaigns. As it allows for more organic and engaging content, live streaming becomes an essential part of any marketing strategy, moving from traditional media to platforms such as YouTube or Twitch.

Surely, the video game industry is currently on an upward wave that swiftly accelerated in 2020 and is going up faster ever since. Live streaming is especially popular. With the industry giants noting records in the number of users visiting their platforms and hours of streams watched. What’s most important is that streaming seems to be the future of marketing. 63% of the respondents claimed that “using a live video to promote a product brings a human touch to digital marketing”. This brings noteworthy opportunities to brands willing to invest into these channels of promotion.

With users declaring the willingness to watch ads overpaying the platforms, it’s clear that well-designed, immersive advertisement is the way to go when it comes to live streaming marketing. inStreamly specialises in exactly that – we connect brands with streamers and give them tools to create engaging, non-invasive campaigns that will catch consumers’ attention without ruining their viewing experience.

Introduce Your Brand to the Gaming Industry!

Do you want to benefit from the gaming industry growth? Contact us now and let’s run creative campaigns with game streamers!