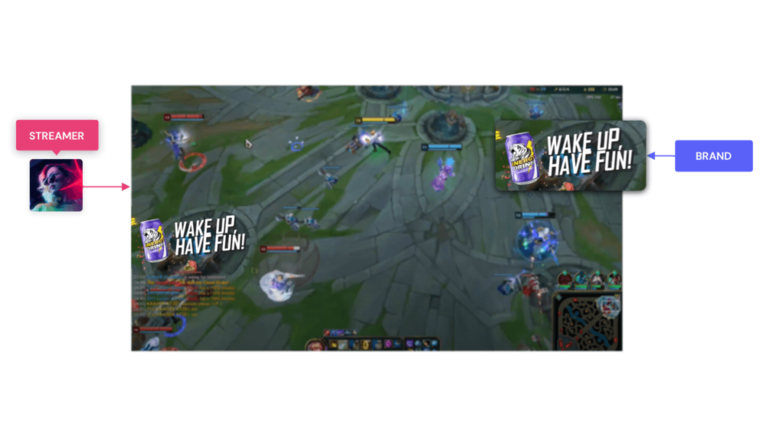 In-Game Advertising: How to Promote Your Brands in Games?

With booming revenues, record streaming audience, and all-time high user engagement, gaming is no longer a niche. The opportunities this medium brings could not be missed by any forward-thinking brand- finally, the objective of in-game advertising is to drive sales. So let’s take a look at the landscape of in-game advertising and ways for brands to promote in gaming.

Those in-game ads can be most commonly seen in free-to-play mobile titles within the game’s ‘pause’ menu or when a player switches between levels of the game. Some may be simple pop-ups that users may skip after a few seconds. Others can be integrated with the gameplay itself, encouraging players to watch advertisement spots to gain additional in-game bonuses like:

To put it bluntly – it’s a regular Internet banner ad with some extra steps thrown in. They usually are not very engaging and they are hardly related to ‘gaming’.

Advergames by definition are branded games developed from the ground up to be a form of advertising. While these may be a quite fun addition to the campaigns, they require lots of resources to create. Especially if the goal is the development of a game that gamers would actually enjoy playing. These usually short and simple games are more of an interactive gimmick rather than a full, independent gaming product.

When done right though, these games present an interesting way of in-game advertising and brand promotion. Unfortunately, there is not much room for customising or adjusting the campaigns once the product is out. After all, you are building a game around a single brand, and re-branding it may not be possible later on.

Branded games very rarely ‘go viral’ and become Internet sensations. Their effectiveness measured against efforts put into creating them might not be feasible. That said – if done right – games of such type may sometimes become a viral success. This elevates a brand to the peak of interest. A great example here may be the KFC’s dating simulator “I Love You, Colonel Sanders! A Finger-Lickin’ Good Dating Simulator”.

A new and interesting trend to keep eye on. Native advertising is the form of product and service advertisement that aims to look, integrate and blend organically with real content. This form of advertising in video and pc games involves placing your brand banner, logo, or product itself within an actual, fully released game. While it is possible to do both online and offline games, both have some drawbacks. 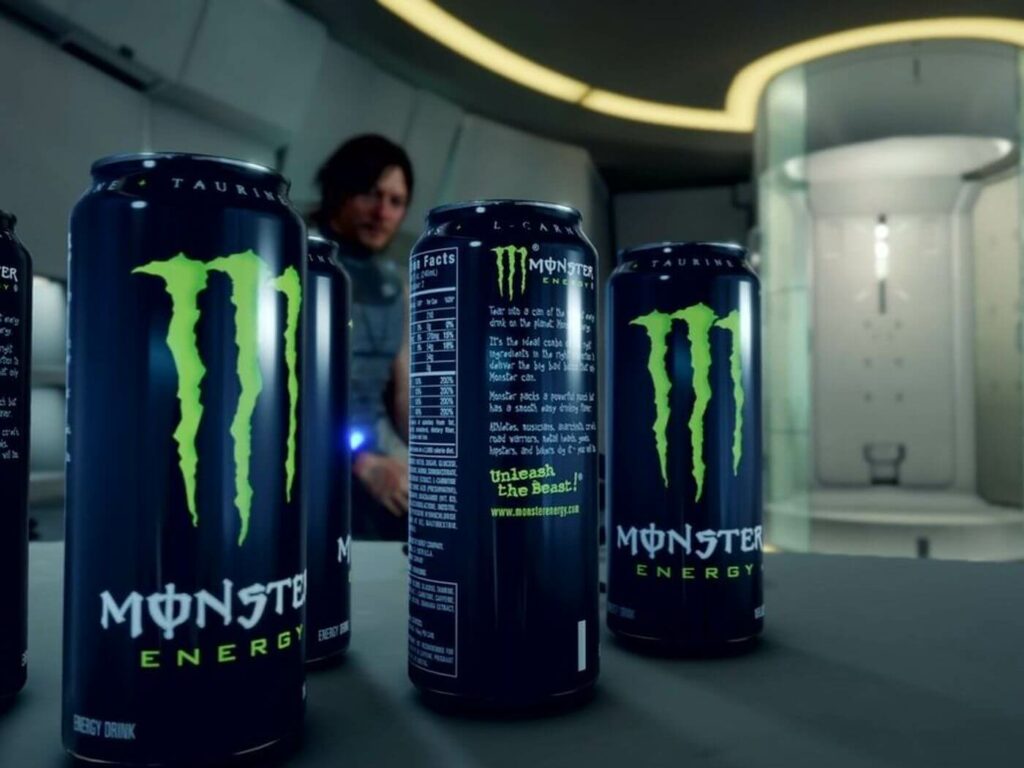 The most common form of this in video game advertising type is plain, run-of-the-mill product placement. We’re talking Coca-Cola cans visible in-game or Subway sandwiches eaten by game characters. In extreme cases, it might be possible to include fully branded DLC’s or additional content packs, just like The Sims 4 Moschino Pack.

The problem here is quite obvious – the products just have to match the game world or else it has an opposite impact on the player, breaking game immersion and disrupting the player’s enjoyment. Additionally, since the game is played offline, it’s very hard to measure the effectiveness of this in-game advertising and as such should be considered when the goal is building the brand image, rather than engaging the audience.

In general, there are two approaches to online games: 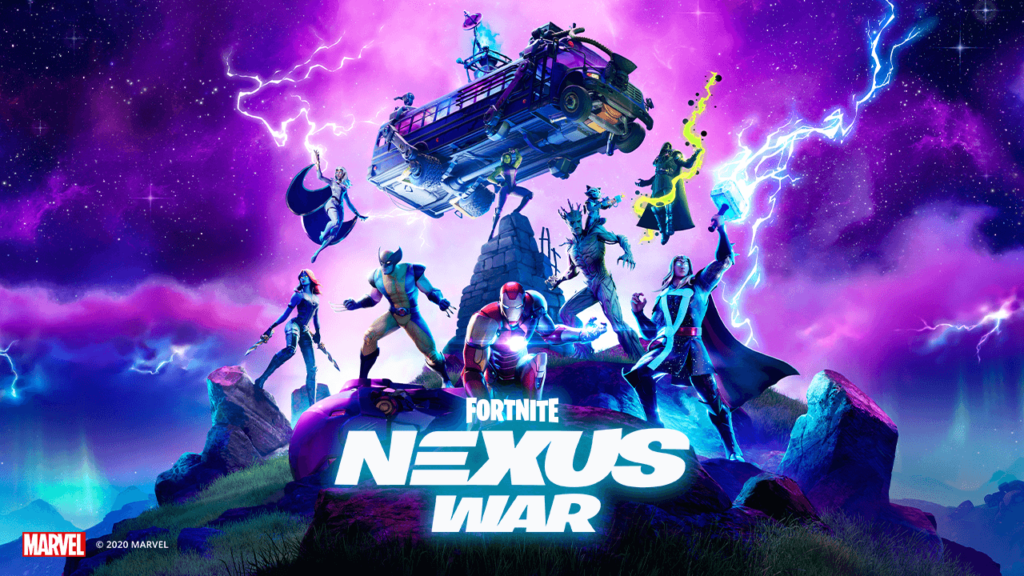 These are usually massive events in popular online games, that offer players customised cosmetics or introduce new game modes and game mechanics. It is not a surprise that events like these are expensive and time-consuming to carry on. The preparation scale of these events is enormous. From agreements with game publishers, through design, modelling, coding and testing. These take months to prepare and are not easily available to any brand – in this case of video game ads, advertisers are not dealing with in-game advertising companies, but with game development companies themselves.

Just like offline in-game advertisement campaigns, these events may be considered when the campaign goal is brand-building. On the plus side, since these events are held online, it is far easier to measure PR reach and enjoyment of the players than offline ads. For example: Star Wars trailer premiere in Fortnite, Fortnite season 4 dedicated to Marvel Avengers.

It’s a fresh and interesting form of advertising in video games. The basic idea sounds simple: put the advertisements on in-game billboards or building walls. The banners of famous brands may be displayed on the side of the football field in FIFA games or in posters in Second Life virtual malls. To make this happen, direct work between video game developers and advertisers is essential.

Just like in the case of in-game product placement, placing your brand’s banner in-game is tricky to implement since the banner has to fit in the game world. Try to imagine a Coca-Cola billboard on the walls of a castle in the Medieval-like world of The Elder Scrolls (yuck!). It doesn’t fit there and you can only imagine how easily it may ruin a player’s experience. While the potential for memes is great, it could straight up have the opposite effect than intended.

Another drawback of these ad types is that banners or billboards are either unclickable due to technical limitations or gamers simply wouldn’t want to click them. Let’s face it – accidental click on a banner resulting in a browser opening a brand website would be very off-putting. Also, the lack of adjustability of the banners here may be a huge problem for many brands and in-game advertising companies or agencies. If the ad is implemented in an offline game, changing or adjusting the banner is basically impossible.

Finally, there is a question of the game developer’s reputation. Let’s face it: most people hate ads. Seeing an ad in a game you paid for makes you hate it even more. Gamers expect full, ad-free products if the game is not a free-to-play title. Additional monetisation by the game developer is usually met with heavy backlash.

As we can see, promoting your brand in an actual game is not something easily done. Lots of aspects have to be considered before following this path and the results might be hard to measure. And it’s not a surprise then that only some of the biggest brands follow this path. So how the brand can reach a gaming audience?

Live streaming advertising brings an answer here. Brands may work either directly with the streaming platform (YouTube, Twitch, Facebook) or work with individual streamers and influencers.

Twitch, Youtube or Facebook advertising is the most similar in-game ads to those we regularly see on TV. You may come across them at the very beginning (pre-roll) or in the middle of the video (mid-roll). YouTube and Twitch ads interrupt the broadcast, to deliver the message, usually in the form of an advertising clip.

These advertisements are arguably one of the least liked ads among Gen Z viewers. The credibility of a streamer, close relationship with a product or brand, and engagement of streamer audience don’t play any role here. These ‘classic’ forms seem to be the least adapted to gaming and most avoided by viewers.

Influencer Campaigns and Direct Partnerships With the Streamer 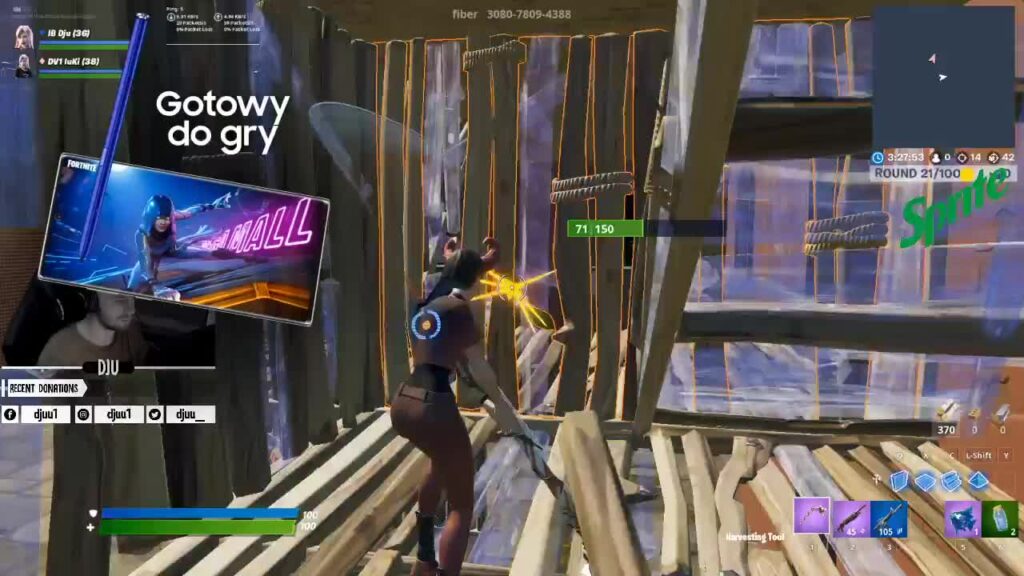 This is your regular, bread-and-butter influencer campaign, where the streamer is the brand ambassador. This is a kind of dynamic in-game advertising, as, during these campaigns, streamers display the sponsor’s banner and advertise them on the stream. Setting up these campaigns is time-consuming as it requires a lot of work for each individual streamer. And they are very difficult to measure. Also, there is a lot for you to do:

It all takes your time and money.

You can avoid the drawbacks of influencer campaigns, by automating processes of sponsorship deals and focusing on smaller streamers. With inStreamly, an in-game advertising company that connects brands to streamers, brands have a way to reach hundreds of streamers simultaneously. Instead of engaging in an expensive hunt for big streamers, you can work with smaller channels with a very engaged community.

While the biggest brands will still be able to cooperate with streaming stars as their ambassadors, with inStreamly a whole new world of possibilities opens up for collaborations between brands and small and micro-streamers. The streamer displays creative artworks as dynamic in-game advertising and the audience also interacts with the campaign via chat messages. Check out our case study of how adidas took their sponsorship to another level with us!

Start Your Own In-Game Campaign With Streamers!

Do you want to run automated micro sponsorship campaigns with streamers? Contact us now!
Schedule a demo

While most of us associate current live-streaming with gaming, we may already witness the rise of entirely new segments. Live-streaming advertising is more than in-game advertising. Every week categories like cooking, beauty, arts & crafts gain more and more viewers and channels. This shift is on par with the revolution VOD brought to cable TV. In almost every prediction, the rise of non-gaming categories is mentioned as one of the most worth looking for trends in live-streaming.

The modern streaming scene is shifting from a platform-centered to a streamer-centered environment. As a highly engaging form of entertainment, streaming is all about a community between viewers and streamers. Brands wanting to achieve success and get ahead of the competition have to become supporters of streamer passion. Connection with the community, attractive content, and understanding the Gen Z audience – these are the keys to reaching viewers at a more engaging level than ever before. See how creative brands are using live streaming videos and partnering with streamers in successful marketing campaigns here.

So, if you are interested in connecting your brand with Generation Z, in-game advertising via micro-sponsorships in live-streams is for you. inStreamly streamlines and automates the work with streamers while creating engaging, high-performing campaigns and keeping track of all important metrics.