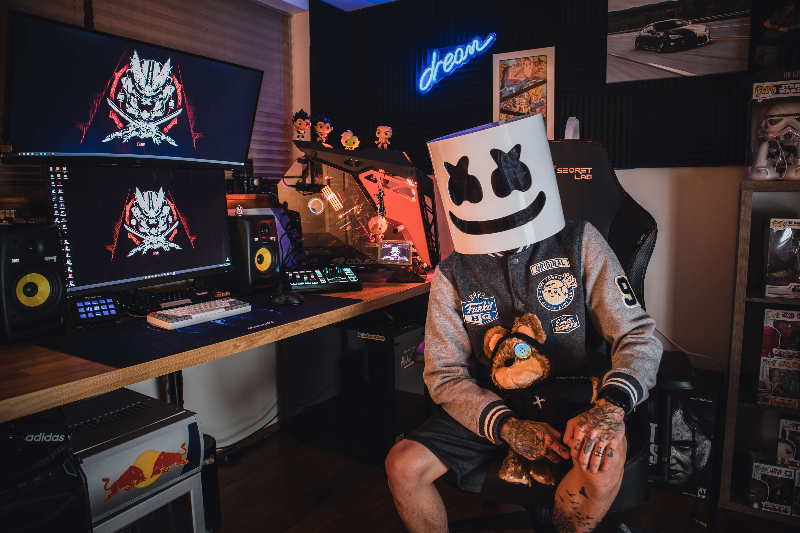 Many people probably didn’t see this coming, especially when live streaming was just gaining traction, but currently, the most followed Twitch streamers aren’t just Internet personalities. They are genuinely becoming worldwide stars, akin to popular actors and musicians. Many people, young and old alike, want to reach these heights and be just like them. If you are one of them, check out the top 10 Twitch streamers list and learn some tips and tricks that will help you on your journey towards stardom!

Top 10 Most Followed Twitch Streamers – Who Are They?

You probably know who is the most popular Twitch streamer, but can you name the entire top 10 from memory (and in the correct order)?

While most of us know who has the number one Twitch streamer spot on this list (and he is way ahead of his closest competitors), the rest isn’t as obvious. The margins between some of the most popular streamers on Twitch are thin (about 0.1 million followers), so they may trade places at some point.

At the time of writing, the top 10 biggest streamers on Twitch are as follows:

What do all these streamers have in common? How have they, out of all the content creators on the entire platform, managed to become the most popular twitch streamers? How to become the biggest streamer on Twitch like Ninja? Well, one common pattern is the fact that they all come from either English (US, Canada) or Spanish-speaking countries. Using some of the most commonly spoken languages in the world allows those streamers to reach the widest possible audience.

That’s not all, though. They also share another very important thing: an X factor of sorts. It’s not something that you can learn or buy – you either have it or don’t. While they differ when it comes to personalities, hobbies, and skill sets, all of them are perceived as charismatic, hardworking, and likeable. People can relate to them and consider them funny and interesting, which helps not only with attracting new viewers, but also retaining current ones.

How Can You Grow Your Audience and Become One of the Most Followed Twitch Streamers?

There isn’t one simple recipe for becoming the best Twitch streamer that will work for everyone. However, there are some tips and tricks that may help you in the long run, no matter what games (or other activities) your stream or what your personality is like.

Choose the Right Set-up and Graphics

If you check out an amateur’s stream and then go to the biggest Twitch streamers channels, the difference in visuals (overlays and video quality, among others) is often clear. Viewers pay attention to these things and are more inclined to visit better-looking streams. Still, if you are a beginner streamer, you may not be able to afford the newest 4K webcam or professional lightbox set.

That’s okay! It’s possible to make your stream look great even on a very limited budget. There are some more affordable solutions out there, such as LED ring lights, that can help you achieve similar results for a smaller price.

In many cases, you won’t even need to buy anything new. It’s possible to instantly make your stream better by simply properly adjusting your camera’s settings or applying a cool-looking filter. Choosing the right overlay is also important. You don’t have to make it yourself or commission a unique one. There are many good (and affordable ) ready-to-go overlays available online.

Check our article with set-up recommendations for both beginner and more experienced streamers.

Have a Set Schedule and Follow It the Best You Can

If you only stream as a hobby and don’t want to make a career out of it, streaming at random times is not a problem. It can become one, though, when you decide to “go pro”. Consistency is key to regularly drawing big audiences and making people remember about your streams. If you always stream on the same days, for the same number of hours, everyone will know when they can watch you without having to check first.

You will also seem more professional, especially if you manage to stick to your schedule (at least most of the time). One important thing to remember: if you are going to miss a planned stream, it’s good etiquette to let your audience know about it beforehand through social media.

Be Creative and Try to Engage Your Audience

If you just sit and play a game without speaking, or make boring comments in a monotonous tone, no one will want to watch you. The best streamers always try to hype up their audience, are energetic and creative. Many of them switch up their content from time to time, trying out different games and formats so the stream doesn’t get stale.

Having a smaller audience can actually work in your favour. It will be easier to reply to all the comments on the live chat. Take advantage of that and do your best to engage with your audience. People are more likely to come back to your streams if you make them feel like they are not just viewers. But an integral part of your broadcast.

In theory, you could just stream according to your schedule and fall off the face of the Earth for the rest of the week. But if you want to build your brand and forge a closer bond with your audience at the same time, maintaining a strong social media presence is the way to go.

Twitter, Instagram, Facebook, TikTok –  you can use just one of these platforms or even all of them, it’s your choice. Some streamers also create Discord or Facebook groups. Thanks to this, they are able to directly talk with their audience at any time, not just during streams. Posting regularly and moderating fan groups can be time-consuming, but it’s worth it in the end.

Becoming one of the top 10 most followed Twitch streamers probably won’t be fast or easy. So you shouldn’t expect instant success. But if you don’t try, you’ll never get there. Even Ninja started from nothing and worked their way up to where they are now. Just work hard, be yourself, and don’t give up –  the sky is the limit!

Monetise Your Stream No Matter Your Channel Size!

Do you want to monetise your stream and make money to grow your channel?