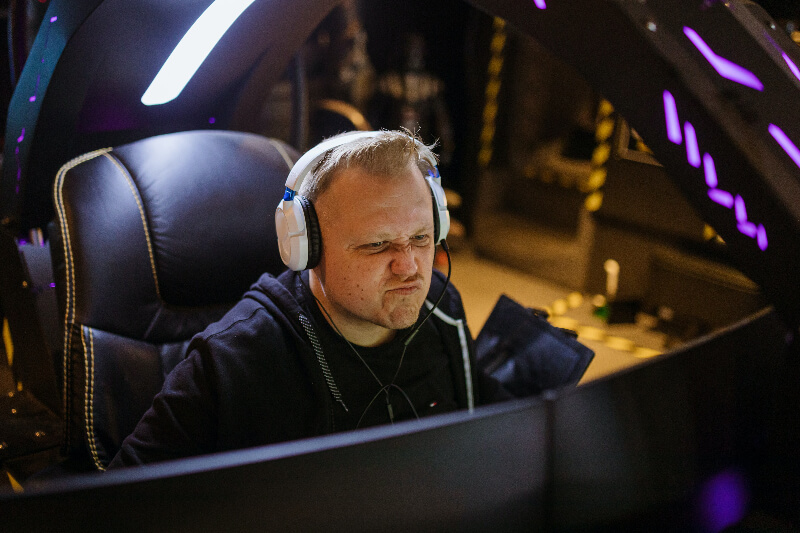 Twitch Adblock: How to Block Twitch Ads and Display

Twitch is a great platform that both streamers and their viewers thoroughly enjoy. But let’s be real for a minute – their advertising policy can be a real pain in the buttons – driving so many Twitch users to use Twitch adblock tools. And before you assume that we are against ads in general, that is not the case. Just the opposite, we wholeheartedly support the opportunity for streamers to earn money doing what they love. That’s kinda our thing!

Unfortunately, Twitch has it backwards when it comes to displaying ads during streams in more ways than one. And it’s causing users to seek methods to block them. Let’s take a closer look at all the controversies surrounding Twitch adblock and ads policy, check why your adblock is not working on Twitch and finally, see if there is a way to benefit from paid advertisement without driving your viewers crazy.

Why Are Viewers So Desperate for an Adblock That Works on Twitch?

It’s nothing new that stream viewers are not big fans of ads. Let’s be honest, who likes having their entertainment interrupted by commercials (besides people with small bladders, of course)? The thing is – Twitch is not making it easy for its users. Stream fans are, for the most part, very conscious consumers. They understand that their favourite creators need to earn revenue to keep publishing quality content. No, it’s not the fact that Twitch ads exist that is the problem. The true issue lies in the way they are displayed.

When asked what they hate about Twitch ads, users usually explain that there are a few problems.

If an ad takes just a few seconds, it is a small nuisance. But one that goes on for half a minute (or more!) can seriously interrupt a stream. It’s important to keep in mind that live broadcasts do not wait for the viewers to sit through a commercial. So it’s common for stream fans to lose important parts of the show due to an ill-timed ad. In theory, mid-roll ads on Twitch shouldn’t run for viewers that may have seen a pre-roll ad, or one run by the streamer. But in reality, it does not always work as intended. And there is nothing more frustrating than watching a highly anticipated climax of a game only to have it spoiled by a song about yoghurt or an awkward visualisation of digestive issues.

Poor targeting of the ads and their repeatability

Speaking of the devil, many viewers would be more eager to accept Twitch ads if they would be more relevant and the pool from which they are randomly selected would be bigger. It’s bad enough to have your favourite stream interrupted. Having it interrupted by a commercial for diapers is a bad joke. And having it interrupted by a commercial for diapers playing over and over again for the fifth time in the row is a joke for which it is customary to banish from the social circle and change phone numbers.

Viewers Are Not Treated Equally

If you are subscribed to the channel that you are watching then you are less likely to see ads. Which is a good thing… But then a similar thing goes for Amazon Prime subscribers. Not all stream fans are happy about the way that Twitch tries to sell the e-commerce giant to its users. The necessity to pay for the Prime services if you do not want to see these damn diapers again, even if the fee is seemingly small, screams blackmail. And gaming fans are far from being okay with that.

Finally, there is the topic of ad blockers. Many users try to use Twitch ad blocker to only find out that either Twitch ads going through AdBlock extension or that AdBlock doesn’t work on Twitch at all. It happens because AdBlock, despite its team’s most genuine efforts, cannot truly block ads but only hide them at best.

So why is your Twitch ad block not working? The AdBlock team explains that due to the way that Twitch inserts ads into streams they cannot use their usual methods of blocking them. The results vary. Sometimes the viewer will see a blank and muted screen in place of the ad. And sometimes, the ad will still appear despite AdBlock being on. There is no point in joining through your AdBlock settings. The AdBlock team is constantly looking for solutions, but as they admit themselves:

To paraphrase a famous quote from the well-established philosopher Kris Jenner – the devil works hard, but the AdBlocker team works harder!

Understandably, viewers are not particularly keen on Twitch ads. But why do streamers look for the best twitch ad blocker so intensively? Shouldn’t they be happy about an additional revenue source? Well, now we get to the most problematic part of the entire ad debacle. It is an open secret in the industry that Twitch has very poor policies when it comes to sharing ad revenue with the creators. Yes, big names with custom contracts and negotiated rates may earn well. But smaller streamers are said to be treated unfairly.

Pair it with the fact that the ads take too much of the screen, are displayed too often and are not interactive nor tailored to gaming audiences, and you can see why creators who care for their content’s integrity would rather go without them. And there goes the kicker – they do not even have control over it anyway. You must have enough subscribers to have a say in whether you want to include ads or not. As always, smaller creators are the victims of a system focused on generating as much revenue as possible.

Adblock for Twitch and Its Alternatives

As mentioned earlier, the way that AdBlock on Twitch works is pretty unstable, so users constantly look for alternative solutions. Of course, installing AdBlock Plus and adding its extension to the browser is still a good way to reduce unwanted commercial breaks, but there is more you can do and have an adblock that works on Twitch.

Alternate Player for Twitch.tv is said to block most ads from streams, you can also subscribe to Twitch Turbo and download AdLock to your smartphone if you prefer to watch streams on a mobile device. Moreover, if, as a creator, you are worried about the integrity of your content, as well as tired of Twitch’s shady ad shenanigans, you may find a viable alternative in the solution offered by inStreamly.

What perks do you get by using our platform? First and foremost, we all support smaller creators and won’t look at your number of subscribers. We want to see you grow and pride ourselves in practising fair rates (on average 200% superior to Twitch. Seriously). You can choose brands you want to work with. Instead of intrusive, full-screen 45-second ad breaks, you will broadcast creative and interactive marketing campaigns that do not disturb the stream. Heck, talking from our experience – viewers actually enjoy campaigns powered by our platform! And we believe this is what successful marketing is all about – not forcing viewers to anxiously sit through a flood of irrelevant mush, but presenting products and services that will spark their interest in the most engaging, immersive way possible.

If it sounds like something for you – do not hesitate to contact our team and let it be the start of a truly healthy partnership between you and brands who want to advertise through the gaming industry. No Twitch ad blocker is needed and no diapers are involved!

Monetise Your Stream With Ads Your Audience Enjoy!

At inStreamly you can sign sponsorship deals with cool brands and display creative non-disruptive ads your audience actually enjoys!