Ways to reach gamers with your marketing activities 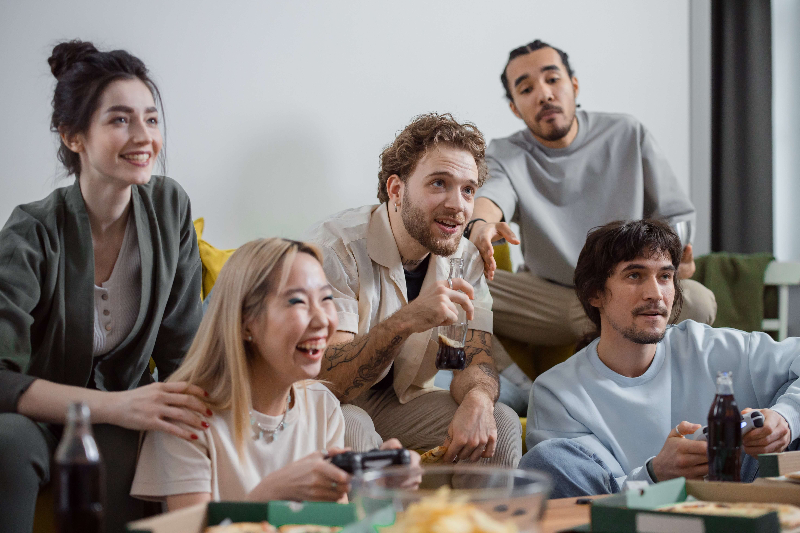 If you are reading this article, there’s no point in trying to convince you how lucrative the video game industry is. You’re probably already very much aware of this. Of course, we could try to awe you with some flashy numbers. For example, did you know that the video gaming industry is currently worth about $169bn? While the gaming-related content alone is consumed by over 600 million people worldwide? Yes, the gaming and live streaming audience is constantly growing, and it’s time to include them in your marketing activities.

We know that you are hard to impress. You recognise the industry’s potential, but you are here because you mean business. Namely – you want your business to reach the remarkable target that is the gaming community. Creating marketing activities that will reach, engage and, most importantly, impress such a difficult audience enough for them to take interest in your product is a challenging task. Let’s dive into the topic of gaming-related content. We will see if there is a way to effectively advertise to gamers and esports fans. And how to be smart about it.

The year is 2019. After four years of anticipation, Hideo Kojima, a world-famous video game designer, realises his first game after the shocking split from Konami, a Japanese entertainment giant. The game in question, Death Stranding, is truly an experience. It amazed gamers with its stunning soundtrack, breathtaking visuals, unexpected plot elements… and the Monster energy drink everywhere.

It’s not just an easter egg, hidden somewhere in the basement, that you can snort at and move on with your gameplay. It’s a literal element of the game’s mechanics, because the beverage serves as a stamina boost. The green tins flood the main protagonist’s room. You find them laying around in the open world. And no, it’s not a clever pop-culture reference serving as a commentary on the modern world’s excessive consumerism. It’s a paid sponsorship.

Kojima’s decision has divided the industry. Some players found the drink addition amusing. They could relate to the immediate stamina boost the game protagonist experienced whenever he chugged down a green one. Others have found it distracting, complaining that it ruins the immersion and even lamenting the loss of artistic integrity. With the harshest voices calling it “an act of commercial vandalism”, it’s safe to say that the ad caused some serious controversy.

How can you make your way to gamers’ hearts?

The first thing you need to understand is that when it comes to creating marketing content for gamers, the most flashy and expensive options are not always the best. One may think that making your ad a part of the game as much as possible is the key to success. But it’s not always the case. Esports, gaming and streaming audiences are conscious consumers and tend to treat their source of entertainment very seriously. Gone are the days when interactive content was able to flawlessly win over the hearts of its target audience.

Examples of interactive marketing activities in gaming include:

Is there an alternative? Surely so. Remember that gamers do not limit their activity in the community to just playing. They also read blogs, articles (especially reviews), watch live streams as well as gaming-related YouTube videos and attend esports tournaments. So, there are also other ways to reach gamers through your marketing activities.

Examples of non-interactive marketing activities in gaming include:

And what if we told you that you can create marketing content for gamers that is attainable and non-invasive, but at the same time, as engaging and immersive as the in-game advertisement? It may sound contradictory, but there are ways to create ads that blend in seamlessly with gaming entertainment. Instead of trying to insert your content into games, it’s better to reach out to streamers and allow them to become your ambassadors.

However, you do not have to rely on their spoken recommendations alone, hoping that they will be persuasive enough. And that their audience will not simply skip that part or take a snack break while they speak about your brand. The streamer goes on with their content while you embed the broadcast with immersive ads. It can be creatively matched to any game, any creator or any stream. Yes, all of this can be achieved – if you have the proper tool.

With inSTREAMLY you use the fastest growing marketing medium. That is game streaming channels and emit creative, unobtrusive content that catches attention without annoying the audience or interrupting the show. At inSTREAMLY we provide tailored artworks that integrate perfectly with the stream. As well as allowing you to run chat campaigns that give your promotion that desirable interactive twist. And the best part for people who love numbers (the question is, who doesn’t?) – the high CTRs of our campaigns are between 1,5% and 5% in contrast to other formats.

Connect with thousands of streamers

We connect you with streamers that will be happy to promote your brand and deliver features thanks to which you keep control over the performance of your campaigns in real life. After that, you also get detailed statistics and metrics for all streamers you support. We are working over 20 000 streamers across the world, being active on 13 markets (and still growing!). So if you want to reach a specific audience from Germany, France or any other country, that’s not a challenge for us.

Check our case studies to see examples of successful campaigns we ran with global brands on live streams.

As you can see, advertisement in gaming can be done well, and you should consider adding it to your marketing activities – you just need a good business partner and a powerful tool to do that. Check what inSTREAMLY can do for you and start broadcasting ads that are suited for commercial success.

Start your own marketing campaign with streamers!

Do you want make your brand popular among Gen Z? Contact us now!
Schedule a demo