NVIDIA sponsors over 1,400 streamers in a GeForce NOW campaign 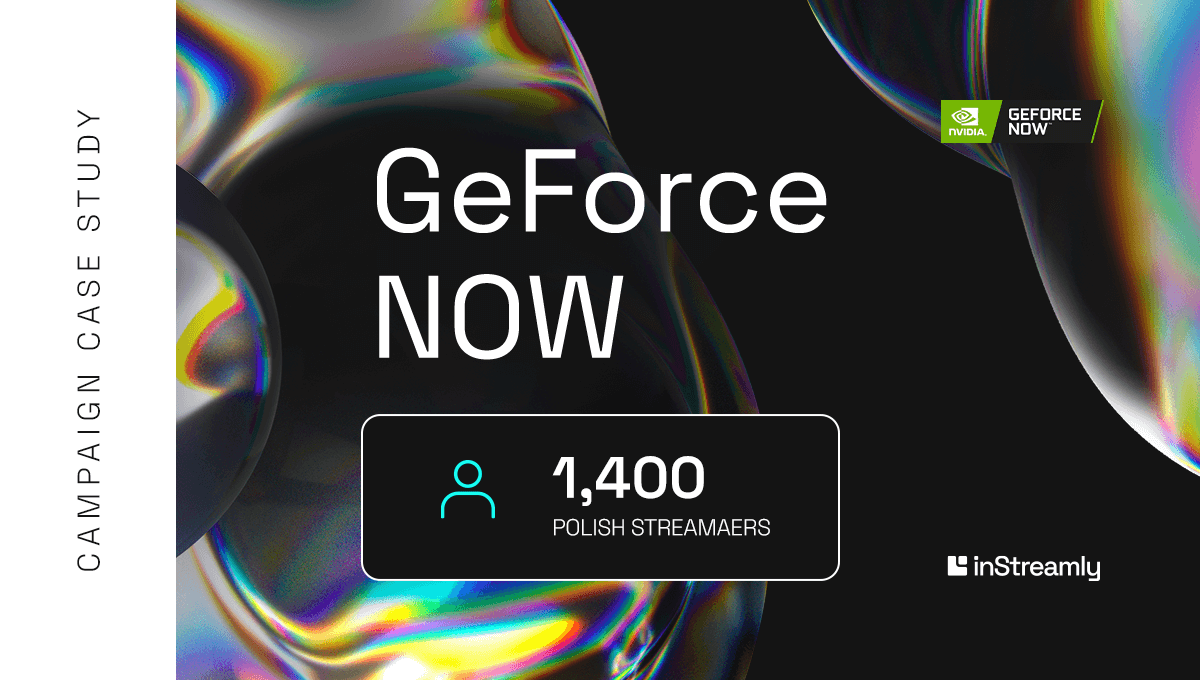 Giving micro-streamers a chance can only mean good things for your campaign. They are engaged in activities they take on, they care about the brand and the message it carries. And the more streamers you have in your campaign the better results you will have. So, how can you manage to sponsor over 1,400 streamers in your campaign and get great results? Read on to find out!

The campaign goal for this was to reach as many Polish streamers and viewers as possible, bringing awareness to NVIDIA’s GeForce NOW service. GeForce NOW is NVIDIA’s cloud-based game streaming service, delivering real-time gameplay straight from the cloud to your laptop, desktop, Mac, SHIELD TV, iPhone, iPad, and Android devices. This platform gives gamers access to the best games, with over 1,000 titles available. 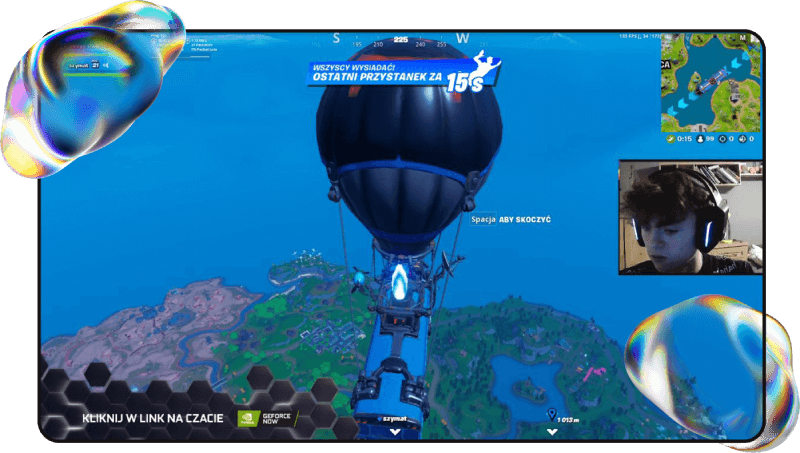 In order to bring as many streamers to the campaign as possible, we partnered with NVIDIA and prepared a promotion plan. It included announcing the campaign on a special inSTREAMLY Discord channel for streamers and outside activities: 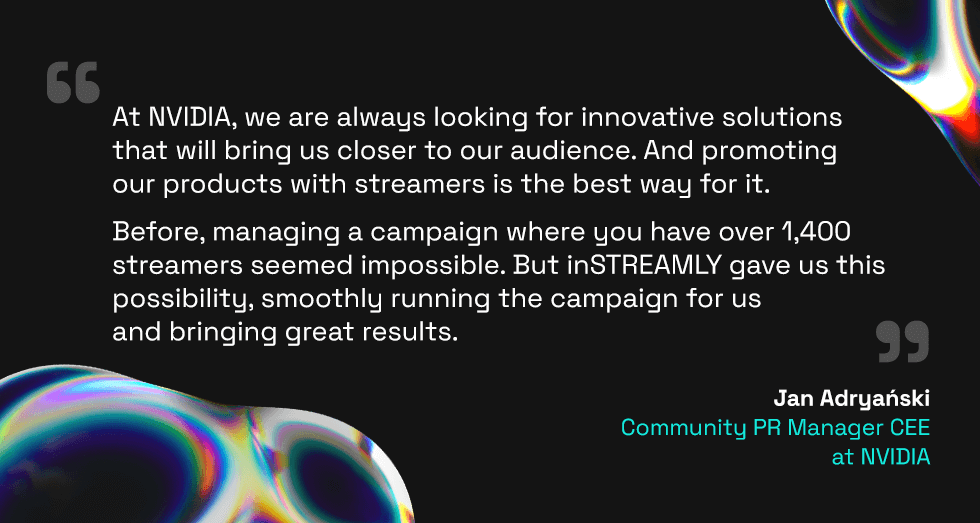 With our guidance, the brand prepared artwork that perfectly matched the live streams without being intrusive and promoted NVIDIA GeForce Now. Also, with the stable number of streamers, we were able to bring great results and bring awareness to the product.

As a result, this campaign was the largest one yet, breaking the record of the number of streamers joining one campaign! 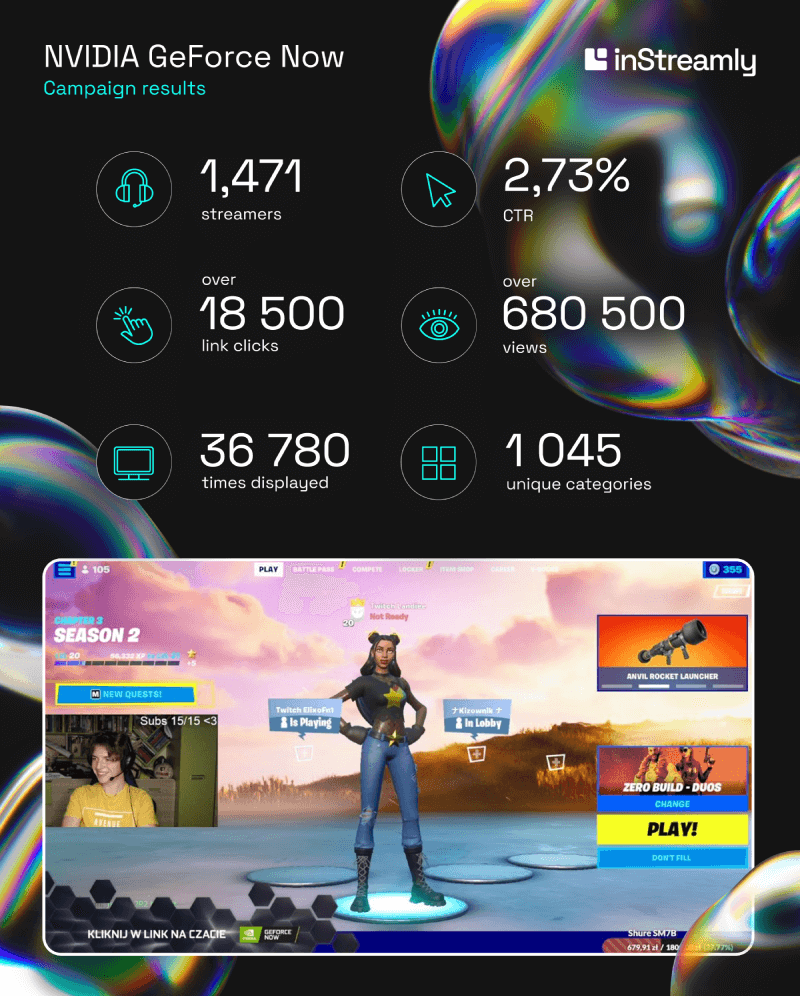 To promote the campaign and attract as many streamers as possible, we created and published a banner on the streamerzy.pl website. It is the biggest platform for streamers in Poland, where 1,000 unique visitors daily can check out streaming rankings.

As part of the partnership, NVIDIA posted a Facebook post that invited streamers to participate in the campaign, which resulted in even more streamers joining in to promote NVIDIA GeForce Now.

All of the activities brought great campaign results, proving that the closer we work together, the further we can go! 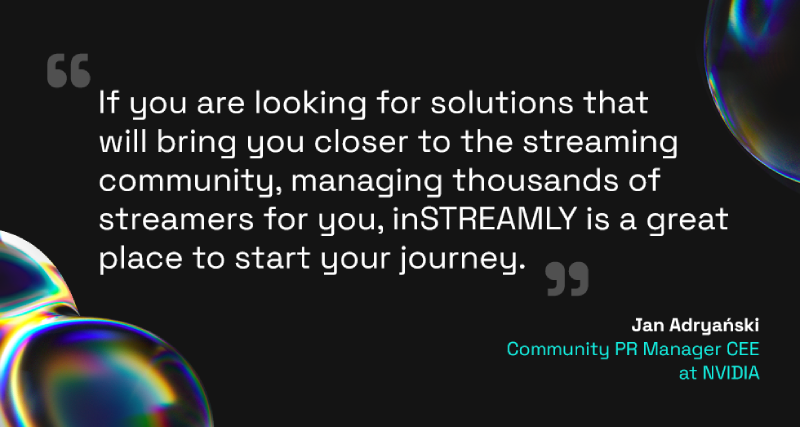 Are you looking for new ways to reach the streaming community? Check out our other case studies!

Start your own branded campaign with streamers!

Gender equality, diversity, acceptance and love - all of it is celebrated during Pride Month. As Gen Z representatives, streamers from all over the world joined a campaign supporting the LGBTQ+ community showing that love doesn’t have any boundaries and has different colours to it.