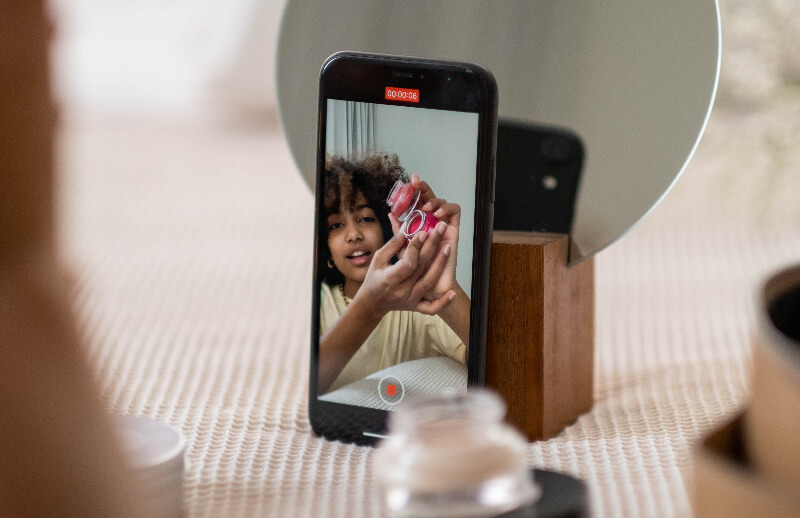 From Just Chatting to Music, Live Streaming Is Not Just for Gamers

What do you associate Twitch with? Probably “gaming” and “esports” are the first terms that come to your mind. While those topics are still very popular, they aren’t the only kind of content available on this platform anymore. There’s a wealth of different categories to choose from, like Just Chatting and Sports. And they are picking up steam recently.  If you think live streaming is just for gamers, prepare to have your mind blown!

It is exactly what it says on the tin. A category meant for streamers speaking about their life or topics that interest them, answering the audience’s questions and talking with their friends or other content creators.

That may not sound particularly fascinating at first. But those kinds of streams can draw a massive audience and trying them out is a good idea. If you have an engaged, lively audience, many viewers will likely enjoy the opportunity to get to know you better and interact with you. A live reaction to someone else’s content (an Internet drama that is blowing up at the moment, for example) can also turn out to be a hit.

You don’t have to just take our word for this – the numbers speak for themselves. This category was actually the most popular one on Twitch in April 2021, according to the “State of the Stream for April 2021” report released by StreamElements and Rainmaker.gg. It clocked in at 283 million hours watched – almost 50 million more than its closest competitor.

Don’t Be Afraid to Switch Things Up

Twitch Just Chatting (and other non-gaming categories) popularity doesn’t mean that gaming is passe and no one streams it anymore. On the contrary, some of the most followed Twitch streamers, such as Ninja and shroud, are gamers through and through. However, it’s worth noting that you don’t have to lock yourself in a box when it comes to streaming and only do one thing during your broadcasts.

You can mow down enemies in Fortnite or PUBG on Monday and just chat with your audience, cook or do something else on Tuesday. Or even during the same stream! You can also not play a video game in your entire life and still carve out a big audience on Twitch only doing other things that you are good at or simply enjoy.

Every streamer follows a different path and there’s nothing wrong with changing things up if you feel like it or taking the road less travelled. Especially if you have a skill in a certain category. And it can come in handy to help you become more successful.

Music (And Art in General) Is Perfectly Suited for Streaming

If you are not sure where to start, music is a good example of a diverse Twitch category that’s worth trying out. It includes people mixing music, playing the guitar or other instruments, singing, composing and much more.

There’s a reason why people love going to concerts – hearing music live is an amazing feeling. Obviously, while the live part is present in Twitch streams, it’s not the same over the computer screen. Still, live streaming music can be a great experience, mostly due to the possibility of audience interaction.

Examples of such interaction include taking requests for songs, asking for tips and reviews from the viewers and so on. Direct to Fan collaboration, which includes live streaming, was listed in BPI’s “10×10: Trends for Music’s Next Decade” report, so it’s likely to become even more popular. If you decide to stream music, there’s one thing that you should always have in the back of your mind.

Twitch is very particular about copyright, so never play something you don’t have the right to play. Streaming copyrighted content is one of the fastest and easiest ways to get your channel banned. Whether you are a big or a small streamer.  Even very short clips and music that’s not the main focus and is just playing in the background can cause an issue. That is why many games have a special streamer mode, devoid of any copyrighted songs. But music is just one kind of art, so it’s not a problem if you can’t carry a tune. Drawing, creating digital art, painting, sculpturing and so on are also great ideas for an art live stream.

If you are interested in music and live streaming, check our podcast “It’s simple, you know?” where we had a great talk with Matt Heafy, vocalist of the heavy metal band Trivium, about how he became a streamer and shares both his music and his life with fans on live stream.

Sports Are Rising on Twitch

When it comes to Twitch categories, Sports is a quite new one – it only launched in July of 2020. Since then, it has enjoyed a systematic rise in popularity. From just below 3 million hours watched in its first full month, August 2020, it went up to over 10 million in April 2021.

Many regular streamers use this category to train, play sports, react to games and so on. But it’s not just them. Sports category is also full of streams from official sports leagues and organisations. During which the audience can watch some best moments and plays or even full games. Wrestling, basketball, football, soccer – there’s a lot to choose from already, but there’s plenty of room for more. Since it’s still a relatively fresh category.

Trying it out can be a good way to break out and attract more viewers. It can be harder to get noticed in some of the more popular categories, such as Just Chatting or the gaming ones.

All of the above examples are just the tip of the iceberg when it comes to live streaming. If Just Chatting, Art or Sports aren’t the right categories for you, don’t get discouraged.

Other examples of interesting non-gaming categories on Twitch include Talk Shows & Podcasts, Food & Drink, ASMR, Makers & Crafting and Fitness & Health. If you dig deep enough, you’re bound to find something that will appeal to you. There’s no requirement to be good at something or even have any experience in it to start streaming.

Nothing is stopping you from trying out something new.  Remember that it’s your stream and the most important thing is that you have fun. You don’t have to force yourself to keep doing something that you don’t have an interest in at the moment. Diversifying your content is a great way to keep your stream from getting stale and lower the risk of burning out.

Don’t worry if you are wondering what to stream on Twitch and can’t come up with anything worthwhile. Check out our live stream ideas generator and get inspired – there are many more possibilities out there than you may realise!

Monetise Your Stream No Matter the Content You Stream!

At inStreamly you can sign sponsorship deals with cool brands and earn on your stream if you are a gamer, musician, influencer or just like to chat on stream!
Start now