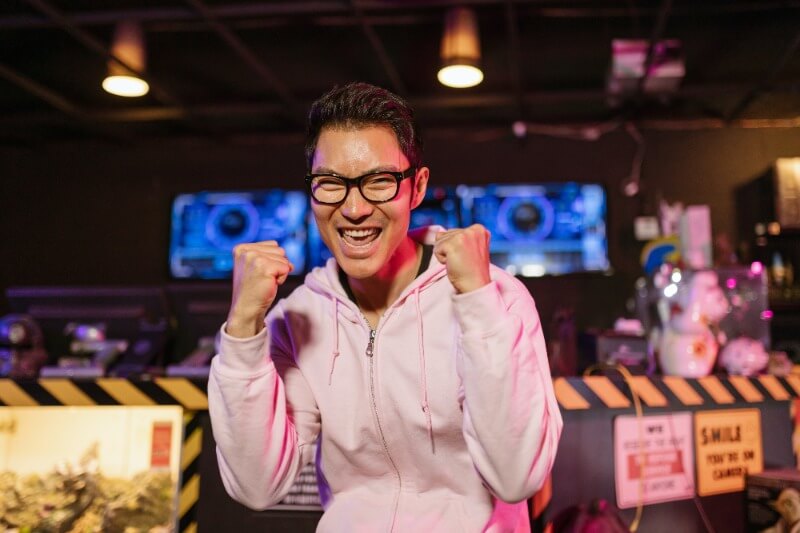 How do Twitch streamers make money? Game streaming is already an impressive industry, and it will only keep growing (numbers don’t lie – this industry is predicted to grow to 3.5 billion dollars by 2025, rising from 2.1 billion in 2021). However, times are changing, and streaming platforms themselves (especially ad revenue) may not be the best and biggest source of income for content creators anymore. inStreamly, which streamlines brand partnerships, is the way to go in terms of making money on Twitch and Facebook Gaming, among others. Read on to find out how gamers are earning via inStreamly!

How Much Money Do Streamers Make?

Do streamers get money from Bits? Simply put, yes. While Twitch and Facebook both support different monetisation options (virtual currency such as Bits, subscriptions and more), for many streamers, especially smaller ones, ad revenue is the main source of income. “Main” doesn’t equal “high”, however. The problem is, oftentimes earnings from ads aren’t particularly impressive, mostly due to low CPM (cost per 1,000 views) and many viewers using AdBlock.

What’s more, even if the viewers don’t use ad-blocking extensions, ads interrupt their streaming experience and can be perceived as annoying. For some people, frequent use of ads can even lead to them abandoning such a stream. On the other hand, giving up on ads completely or using them less often can be problematic, since streamers need to support themselves. Especially if it’s not just a hobby to them, but also a full-time job – making money on Twitch or other platforms is a necessity in circumstances like this.

It’s worth noting that to take advantage of Twitch’s and Facebook’s built-in monetisation features, you have to meet certain requirements, which takes some time and effort. If you want to earn money through ad revenue or subscriptions, you need to become a Twitch Affiliate (or Twitch Partner) or join Facebook Gaming’s Level Up program. Therefore, many content creators start to look in other directions to earn more with less effort.

Streamers Agree: Earning Money on Twitch Is Easier With inStreamly

So, making money on Twitch through ads is easier said than done. Pivoting in a completely different direction may seem scary, however. The solution? inStreamly, a tool that allows you to easily connect with brands that want to work with creators like you. It’s a quicker and simpler way to earn additional income as a streamer, without disrupting your stream with too many ads.

You don’t have to take our word for it. We’ve asked streamers that use inStreamly one important question: “Do you generally make more money from inStreamly than from ads on streaming platforms?”, and the answers speak for themselves.

“Yes, inStreamly brings in very impactful revenue. I don’t do a lot of ad breaks because they interfere with my relationship with viewers. During an active month, I earn several tens of dollars a month on Twitch through ads. With inStreamly, I’m earning the same amount of money way quicker.”

Let’s face it – when tuning into a stream, the viewers want to see the streamer – not random ads that cover the whole stream and frequently are hardly related to the stream’s content. Thanks to inStreamly, you can avoid such issues.

“Well, yes, I do. Ads on Twitch are very unprofitable and they cover up my whole stream, so I almost never make a break for them.”

Furthermore, ad breaks may inconvenience not only the viewers but also the streamers themselves. After all, they disrupt the flow of the game or the conversation and it may be hard to get back into the rhythm of gaming after pausing for a while. Therefore, using inStreamly is a great alternative that makes streaming smoother and more enjoyable for the creator and the audience alike.

How to Make Money as a Gamer? Brand Partnerships Are the Way to Go

Streamers enjoy partnering up with brands for many reasons. It’s easy, profitable and can actually help the streamer gain popularity, especially if they manage to connect with a well-known brand. This source of income is available to streamers of all kinds and sizes, no matter what kind of games (or other content) they stream.

Now is an especially good time for it, since more and more companies either start investing in influencer marketing or intensify their efforts in this field.

The reason for this is very simple. The viewers are more likely to trust personal recommendations from their favourite creators than traditional ads, which they find boring and go out of their way to avoid, e.g., by using the aforementioned ad-blocking extensions. Brand partnerships are more organic and integrate well with the stream itself. For example, if a streamer is partnering up with a gaming gear brand, they can simply use its products, such as headphones or a gaming chair, while broadcasting.

Finding appropriate brands (or making yourself visible to brands in general), pitching to them and dealing with all of the formalities is not easy to do on your own. Not only are many streamers uncomfortable with reaching out themselves and giving “cold pitches”, but it’s also not easy to successfully get a partnership that way.

As many streamers that already use inStreamly can attest, it’s a lot easier when there’s a whole infrastructure ready to go. You don’t have to look for contact information of different brands and hope that they are currently recruiting streamers for a campaign. What’s more, as already mentioned, it’s more profitable than relying on ads.

It’s worth noting that ad income isn’t particularly stable – it can vary on a monthly basis depending on how much you stream and how many people choose to watch the ads. So, it’s always a good idea to supplement your income in some other ways. Thanks to this, when a given month is not going very well ad revenue-wise, you can quickly make up the difference thanks to brand partnerships gained through inStreamly.

Earn More on Your Stream!

At inStreamly you can sign sponsorship deals with cool brands and display creative ads your audience actually enjoys and that help you monetise your channel to grow!