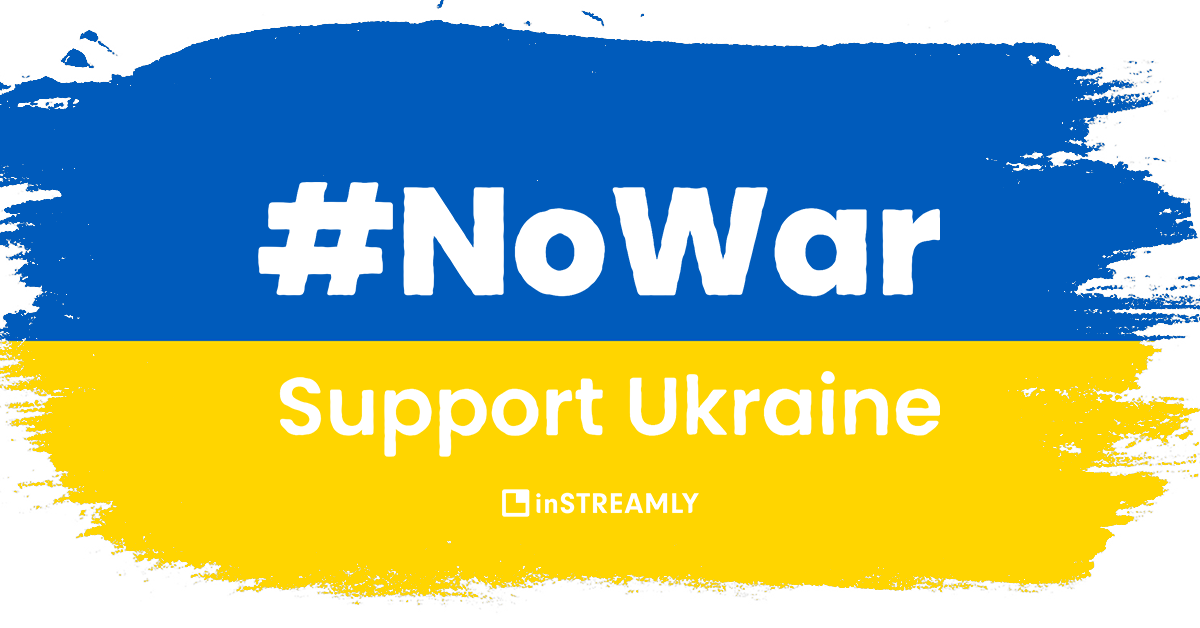 Gaming Reacts to the Russian Invasion on Ukraine

The reality of Russia’s attack on Ukraine is the topic holding our attention this past week, and the gaming community hasn’t stayed silent. Today, we’ll tell you more about how the gaming and esports world reacted to the war, and how you can help.

The Russian military invasion of Ukraine shook the world at its core. The condemning voices of outrage sound from governments, organisations, companies and citizens all over the world. These words were quickly followed by actions. Aid has come in many ways, and the gaming world wasn’t an exception.

From the beginning of the Russian war on Ukraine, Ukrainian game developers spoke up about the situation and called for support for their country.

Studio Frogwares (creators of Sherlock Holmes and The Sinking City), GSC Game World (S.T.A.L.K.E.R.), Vostok Games (Suvarium), amongst many others, called for international support and the immediate withdrawal of Russian forces from Ukraine.

Studios outside of Ukraine followed with messages of solidarity and support. CD Projekt Red announced they would donate over €213,000 (1 million złoty) to the Polish Humanitarian Action. The organisation held a fundraising campaign to help Ukrainian war victims. 11bit studios, announced their donation to the Ukrainian Red Cross. Good Old Games, Bulkhead, Bungie are all committed to supporting humanitarian aid.

Ubisoft took measures to help its Ukrainian developers in their Kyiv and Odessa studios. The publisher supported team members with additional funds, paid salaries in advance, and provided housing in neighbouring countries for shelter.

The solidarity with Ukraine sounded loud and clear across the entire esports scene with well-known Ukrainian team Natus Vicere (NaVi) at the forefront. NaVi, a CS:GO Team attending IEM Katowice 2022 at the time of the invasion, published a statement showing their support for the country. Aleksandr “s1mple” Kostyliev, the team’s star, called for peace. Ukrainian WePlay holding terminated all Russian and Belarussian partnerships, adding that the upcoming Gamers Galaxy: Dota 2 Invitational Series Dubai 2022 will not be broadcast in Russian.

The voices of support and solidarity with the Ukrainian people from the industry is a monumental testament to the spirit of gamers. Each gesture, even the smallest one, is needed and appreciated. This is not the time for indifference.

Export sanctions on “dual-use” items that could have civilian or military uses cover a variety of computer components, including Intel’s and AMD chips. The ban will not involve ‘consumer communication devices’.

What it’s like for game developers in Ukraine, working and living under the shadow of war

“Let the wars happen in video games” – GamesRadar+ speaks with dozens of game devs to learn more about life in Ukraine.

As per Meta information the network consisted of a handful of profiles on different social media platforms which used AI algorithms to appear as real investigators. The goal was to spread propaganda about the West betraying Ukraine and Ukraine being a failed state.

PBS hints on how to identify fake content and protect yourself from falling for it.

In the uncanny twist of fate, the hacker group was hacked themselves for which they blame Nvidia.