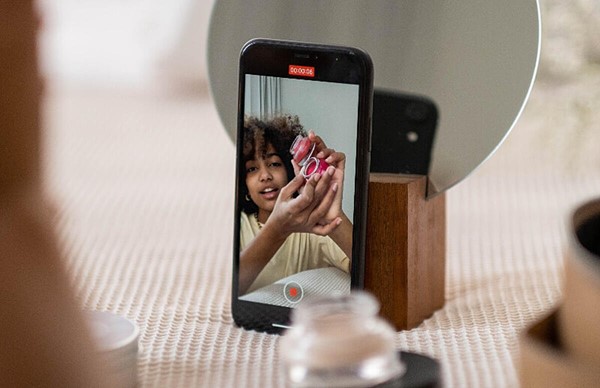 Hello friend, thanks for reading again!

I might repeat it like a mantra – but yes, the world of gaming and live-streaming has long ceased to be ONLY the world of games. The game now takes place on many levels, and due to the fact that the creators and the entire modern culture have started to notice that gaming is cool – brands are also becoming interested in this world. And rightly so – because it is a great decision to be close to this world a friend of this community. It is no coincidence that brands such as Netflix, Tesla (Elon Musk loves gaming!) or Ikea – that is, different industries are diving into the same pool – it’s just cool there.In addition, for a long time we have witnessed how the fashion industry has pivoted to focus on the world of players – you can say that thanks to this, a new subculture is developing. Yes, games and creators are taking over the world. Whether we like it or not – it is happening before our eyes, so if you are in this business – start playing this game.

Grab your drink and let’s dive in!

A Bridgerton battle royale game is hopefully on the way

🚗 Tesla partners with PUBG in a new video game integration

Tesla has partnered with PUBG Mobile, a popular battle royale video game, in a new integration of Tesla’s products inside the mobile game.

IKEA’s permeation into video games is not just led by the store itself; various unofficial creations speak to the store’s widespread reputation.

It’s glamour to be a gamer

👖 Gaming is entering its fashion-forward phase

Streetwear and high fashion are entering the world of video games. Who is it all for?

👗 In An Impressive Sign For The Gaming Industry, 100 Thieves Nabs Collaboration With Gucci

In what amounts to an irrefutable sign of prestige for gaming culture, the esports collective 100 Thieves — which is also known for its highly-sought-after, streetwear-inspired merch — has announced a collaboration with storied luxury house Gucci.

💰 Fashion’s obsession with NFTs grows as new marketplaces pop up

The rise of fashion-focused NFT marketplaces indicates just how quickly fashion has become enamored with NFTs. While NFT prices have wavered since their height, dropping 60% from February to April, a robust ecosystem of fashion-focused platforms may help keep the fashion-NFT trend alive.

Taking over the world

🎧 Gaming influencers will take over the world’s attention

As the gaming ecosystem continues to explode, Brad Manuel, co-founder and chief executive officer of Livewire, says forward-thinking brands who are connected to the digital natives of today will reap the rewards.

🧠 How gaming is taking creativity, connectivity and community in the UK to another level

From just chatting to music, live streaming is not just for gamers

When asked about what are streamers or what you associate Twitch with, “gaming” and “esports” are the first terms that might come to mind. While those topics are still very popular, they aren’t the only kind of content available on this platform anymore. There’s a wealth of different categories to choose from, like Just Chatting and Sports, and they are picking up steam recently. If you think live streaming is just for gamers, prepare to have your mind blown!

Facebook Gaming’s viewership for the Q2 was 1.21 billion hours, which was a 4% increase from Q1 views.