How to make money streaming on Twitch? 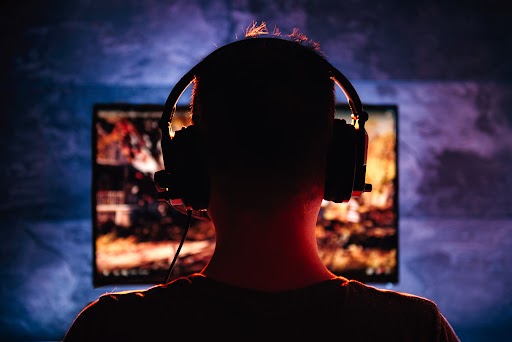 How to monetise Twitch? The question has been asked by every streamer at least once. Last year showed that some streamers can earn up to six figures streaming on Twitch alone. However, it is not a big surprise, as the platform has over 15 million average viewers per day! So, there is a lot of potential here. Luckily, you don’t have to be a hugely popular streamer with a thriving fanbase to earn from Twitch. Find out how Twitch streamers make money!

Donates are the most popular way of earning money for streamers. By using a Twitch panel or other third-party platforms (like PayPal or Stripe), your fans can help you grow your channel. Most of the time, donations are not that big, but it’s always something, right? If you want to increase your chances of a higher donate, don’t forget to set a donation goal! Setting a goal and adding a graphic representation showing how close you are to the target is a motivating factor and increases the number of donations you receive.

As you may know, Twitch has an internal virtual currency. Each Twitch Bit is worth one actual cent, and viewers can utilise them to support streamers. This is known as “cheering” and allows streamers to receive individual Bits (or even thousands at once). However, if you think you will receive $0.01 for every cheer you’ll get – we have bad news for you. Twitch doesn’t work that way which sucks for micro streamers. Before any payout or acknowledging that you received cheers from your fans, you must already be a Twitch Partner or Affiliate. What does that mean?

Twitch programs open many doors, like using Bits, accepting Subscriptions, or earning on game sales. However, before you become one, you need to meet the requirements. How many viewers do you need to make money on Twitch? At least 50 followers and an average of three concurrent viewers in the past 30 days. You also had to have broadcast for at least 500 minutes in the last 30 days and on seven separate days.

After becoming an Affiliate, you can achieve the next level and become a Partner. Unfortunately, that’s when the pickings get slim. Out of 2.2 million broadcasters on Twitch, only 27,000 are currently part of the Partner Program.

So, how can you get money from Twitch? Every Twitch Affiliate and Partner can earn on people who subscribe to their channel, allowing them to unlock perks like private chat rooms, emoticons, and merchandise discounts. The price varies from $4.99 to even $24.99, and the streamer receives a cut from each Subscription.

Every Affiliate and Partner can earn money when one of their viewers decides to purchase the game they are playing directly from their channel (by clicking on the “buy now” button). The button will appear automatically whenever you play games sold in the Twitch store. In addition, affiliates receive a 5% share of purchases that originate from their channel.

Selling your merch is another way to earn extra income. However, you need a dedicated fanbase to be profitable, similarly to the BIts. You can sell mugs, t-shirts and hoodies on Etsy or Shopify. The only thing you need to do is create an account and advertise yourself on your streams. Remember that you don’t have to produce everything upfront if you decide to do this. For example, when you want to sell hoodies, just order 10-15 pieces, wear them while streaming, send them to other streamers and do a photoshoot for your shop so your fans can see that this is a professional endeavour.

Sponsorships are now available to everyone, not only for the most popular streamers. Of course, people with an established community will receive better offers, but even the smallest streamers can get in touch with great sponsors. And yes, many sponsors, you don’t have to limit yourself to only one.

You can find many useful tools to help you with sponsors like inSTREAMLY, Upfluence, or Powerspike. If you want to know more about this, check out our previous article about how to get sponsors as streamers, where you will find a precise analysis of the Twitch sponsorship market, along with valuable tips and insights.

As you can see, there is more than one way to earn money streaming games. Nevertheless, you have to be realistic about it. You won’t get a bag of cash every month initially; however, even small amounts are better than nothing. By creating good content and working on your channel, you can be sure to hit it off in the future. You have to be patient and hard-working, and who knows? Maybe someday you will unexpectedly find yourself among the most prominent streamers of all time?

Antonina is inSTREAMLY's Social Media Manager. She communicates with you all via most popular SM platforms. After work she spends time doing cosplay, playing with her dachshund and playing tabletop RPGs.