Another week, another edition of our newsletter. We take a look at the newest trend emerging among Twitch streamers and the potential dangers and opportunities it may bring to the streaming community.

💼 New collaborations in the esports world

🦄 Konami drops Castlevania NFTs, while Sega holds back on blockchain

One of the joys of sharing things you’ve seen online with your friends is witnessing their reactions. To see them surprised, laughing or shocked is a reward all in its own. We compare our reactions, comment or make fun out of something together. So it’s not a surprise that a similar trend got traction among streamers.

Reaction streams seem like a great way to interact with the audience and engage viewers in content creation. These streams revolved around game trailers, YouTube videos or internet broadcasts of gaming events for a long time. Lately, top streamers have started experimenting with more mainstream content such as fragments of TV series, reality shows, or even entire movies. As expected, such ideas were quickly met with copyright violation claims. These infractions didn’t even spare one of the most prominent streamers on Twitch, Imane ‘Pokimane’ Anys. Pokimane was banned from Twitch for 48 hours for the reaction stream of popular TV show Avatar: The Last Airbender. The controversy around this new ‘meta’ sweeps across Twitch. It also reached the hugely popular Felix ‘xQc’ Lengyel. Twitch’s Head of Community Production criticised his TV shows and movies streams.

The reaction streams divide the streaming community. On one side, streamers like Pokimane hope for future collaborations between show publishers and streamers. On the other side are the critics, such as Devin Nash and Hasan Piker, pointing to the dangers of using copyrighted materials in streaming.

The balance of reaction streams hasn’t yet been found. At this stage, we can expect that streaming episodes of TV shows or whole movies will be met with DMCA strikes. At the same time, it is hard not to acknowledge the potential for involving streamers in marketing promotion, especially considering that streaming audiences spend far less time watching traditional television than streams.

One of the top esports organisations in the world expands into the music by releasing power metal single ‘Our Way’.

The publishers of Grand Theft Auto, NBA 2K, and Civilization announced an intent to buy Zynga in what could be the biggest acquisition in video games history.

Legendary game publisher about to drop its first NFTs to celebrate the classic adventure – platformer games.

While the company is interested in experimenting with blockchain technology, the player reactions will be the deciding factor. 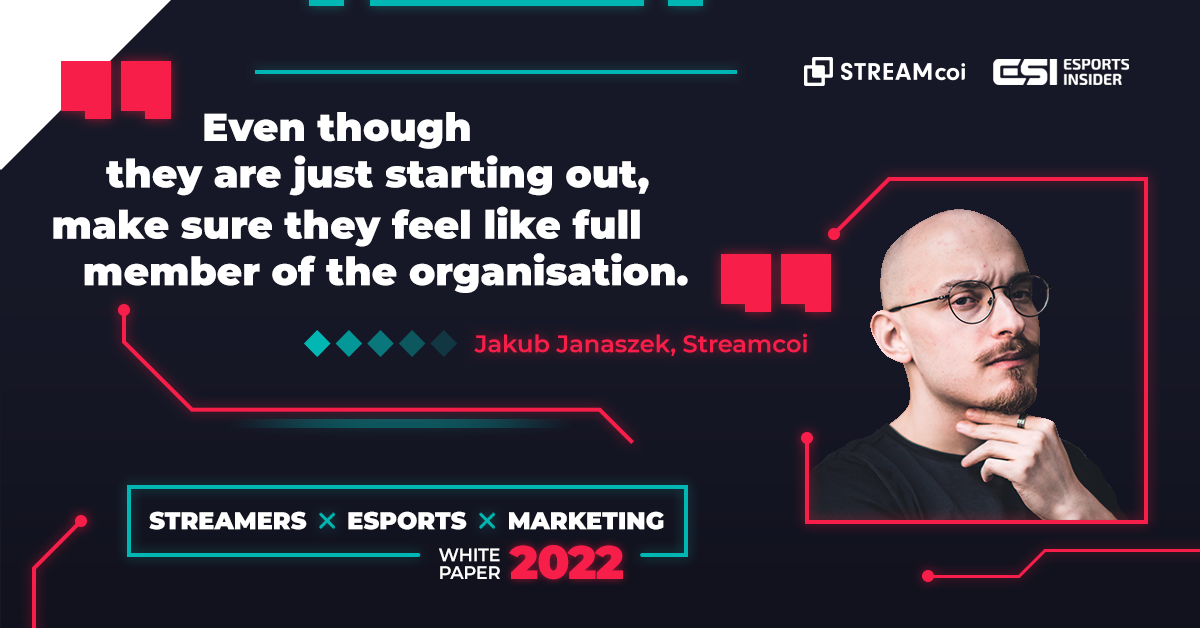 Esports has been around for almost as long as gaming itself, though we have experienced a true revolution on the scene in recent few years. The ‘Streaming & Marketing & Esports’ report published by Esports Insider sheds light on the modern esports industry.

The document is a comprehensive look into how marketing, streaming and esports combine. Experts from renowned organisations such as FaZe Clan, The Story Mob, Prodigy Agency, GroupM Media Investment, BIG, Infinity Esports share their perspective on:

👉 Streaming in the esports ecosystem

👉 Execution of marketing strategies in esports

👉 Insights into working with streamers

We also enjoyed sharing our experiences with multichannel streaming management— a must-read for anyone looking to tap into streaming and esports potential.