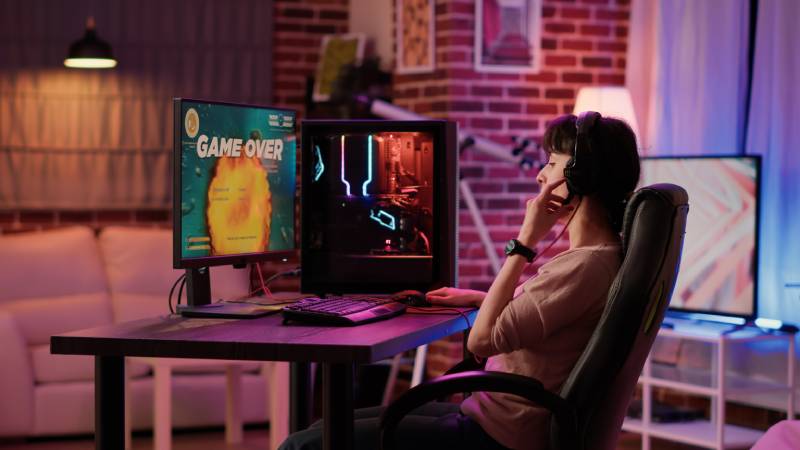 Like everyone, Twitch streamers vary. Some like to use a streaming schedule, while others stream when they feel like it. Ultimately, you just want to play video games and have fun with your friends and fellow streamers. However, a lack of knowledge or particular behaviours can prevent you from growing your Twitch channel or even embarrass you in front of many people. And as we know – the Internet doesn’t forgive. Find out the top 8 worst mistakes small streamers should never make!

In the beginning, many small streamers tend to play the game and do their best while forgetting about talking to viewers or even narrating. An average person watching the stream will be bored, even if you’re the most capable streamer. Streams are like social media – people want to engage with others without boundaries they encounter in the real world. Just take a look at the most popular streamers. They are watched by so many people, not because they are pro players. It’s about personality and charisma. When some potential viewers enter your channel, they have to get hyped immediately. Otherwise, they won’t be staying for long. While talking to yourself can be challenging at first, remember that the way you speak and the things you say distinguish you from other streamers. So, if you want a lucrative streaming career, remember this.

Not Engaging With the Audience

Ok, this is quite possibly the biggest mistake ever. People watch streams and engage with creators to create meaningful relationships. Many streamers are authority figures these days, just like celebs were 10 years ago. Engaging with your twitch chat or welcoming new viewers is the best thing you can do as a small streamer to create a loyal fanbase. This connection between a streamer and their viewers makes the whole exercise unique, unlike anything you can find on TV, in books, or music.

Any streamer can play popular games like League of Legends, CS:GO, or COD. However, you can almost be sure that they won’t bring you the attention of many viewers. The Twitch community is oversaturated with streams from such games. It will be hard for potential viewers to find your stream among hundreds of thousands of them. It’s best to focus on niche, quality games with a good following yet fewer broadcasters.

Being a new streamer is exciting and almost like starting a new company. You can feel like you can finally do what you want, whenever you feel like it. It’s not that simple, however. Having a concrete streaming schedule and sticking to it is incredibly important. Your audience has to know when you are going live. The best thing is to set up the schedule directly in your “About” section on your Twitch channel to remind people when your next live stream will be. Ideally – prepare it in the same time slots for a few weeks. If there are any changes, don’t forget to let your audience know! 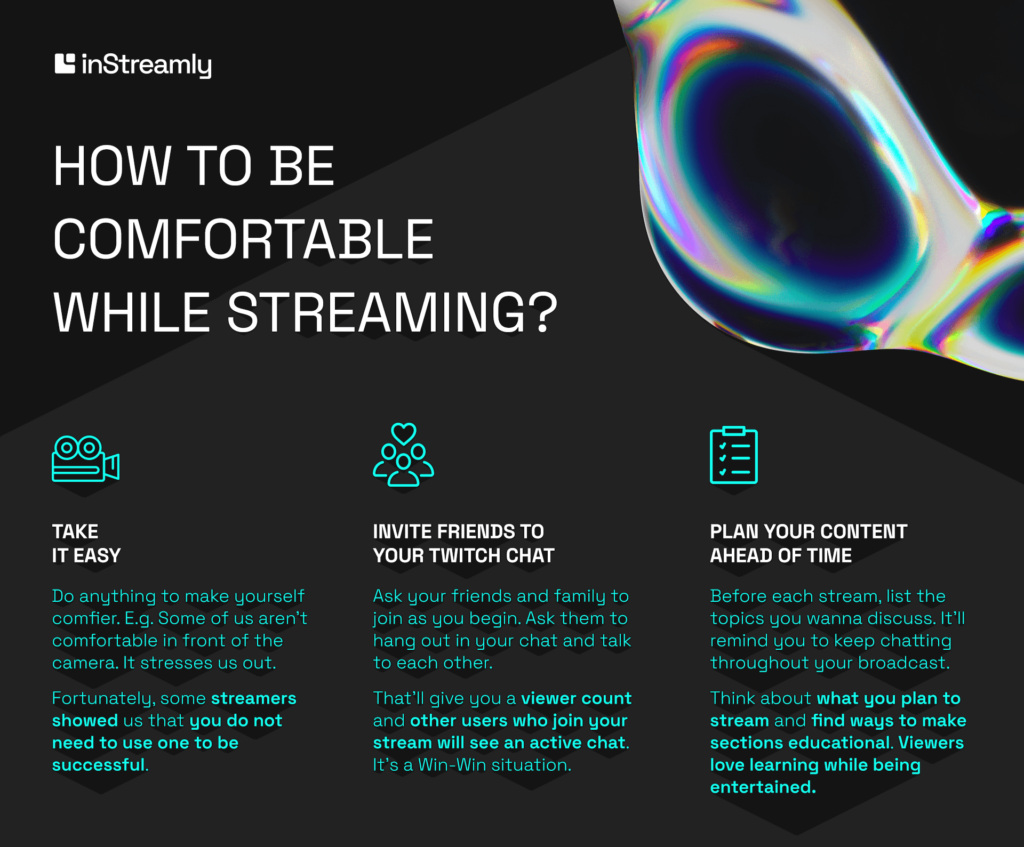 How do you think your regular viewers can find your stream if you constantly jump between every streaming platform? If you like diversifying your platforms, check out streaming software like Restream.io. Their solutions will allow you to stream simultaneously from whatever platform you choose. However, remember to check for any potential technical issues before you start streaming. There is nothing worse than a stream that crashes in the middle.

Sticking to One Platform

This may seem weird, given the previous paragraph, but read on. One of the common mistakes is forgetting about social media and stream promotion. If other streamers can promote themselves on YouTube, Twitter, or Instagram, why shouldn’t you? New channels can help earn more visibility and let your community get to know you better. Take a moment to figure out your strategy and post at least once a week on each channel. If you do it right, you will see a spike in your viewer count in no time!

New streamers often don’t realise that scammy deals from companies can be awful for their Twitch channel, and this is one of the most common mistakes small streamer make. They watch successful streamers promoting main products and want to do the same. However, due to their size, they don’t have the same ability. So, if the chance appears, they will take it to feel validated. Many companies do not pay and expect free work and promotion to be a “partner” or something similar. Some want you to sell something and get a commission while getting free ad space on stream without paying you for your time. Take care of all your channels and earn via legit deals. You can use quality sponsorship platforms like inStreamly, Netwrk, or Uplify that offer non-intrusive overlays and always pay their streamers.

Not Investing in a Setup

Good lighting, good content, and a good video are the holy three of streaming. Also, watch out for any audio issues you may encounter. Spending a few hours researching the Internet while looking for budget equipment is vital for increasing your viewer base. Trust us, after you change your setup for a better one, you will surely see an increase in positive reactions in your Twitch chat.

Streamers make a truly unique group of entertainers. They spend hours interacting with their viewers every day. The main point of streaming is having fun, but growing and earning a little pocket money never killed anybody. Whether you stream on Twitch, Youtube, or any other platform, remember to take care of the problems listed above, so you don’t repeat any mistakes small streamers make everyday. Good video quality, writing an excellent post on Twitter or choosing the right game can be a real game-changer for your channel. The time spent on your Twitch won’t be wasted.