Sponsorships for gaming influencers - how to do it right? 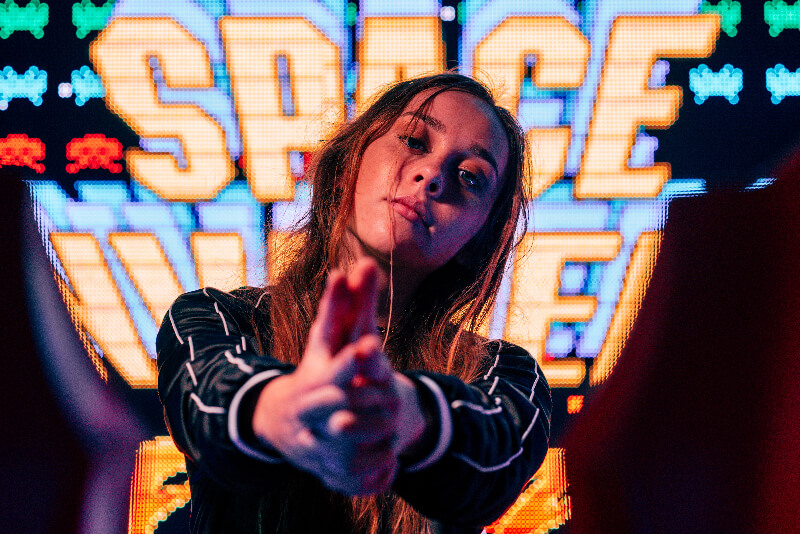 Back in the days, television was the best marketing channel – millions of consumers were watching the ads and brands easily gained profits. Life of a marketer was easy – TV was the only game in town. But things have changed – today, brands are facing a real challenge. The ‘Gen Z’ target group is consciously rejecting the traditional forms of advertising. Marketers and brands need a new game plan. Working with gaming influencers is one of the directions to take. However, there are few things worth knowing before jumping in. For many marketing professionals, it’s a whole new ball game.

In the game of marketing, establishing a partnership with a gaming influencer is like playing a trump card for your brand. First and foremost, Twitch streamers gather massive, loyal and engaged audiences. More to that, this trend is increasing rapidly – the numbers speak for themselves. According to twitchtracker.com, there were 2,522,869 average concurrent viewers in December 2020. In January 2021, there were 2,919,533 average concurrent viewers on Twitch.

There’s one more thing you should keep in mind – streamers communicate with their viewers in real-time. As game streamers are perceived as trustworthy by their audiences, this makes a perfect opportunity to sponsor gamers and communicate about your brand.

Gaming influencers sponsorships – the name of the game in marketing

Gaming & esport as marketing channels are basically a gold mine for brands and sponsors. While many marketers still consider them as some kind of hype, the truth is that the popularity of these channels is constantly growing. In 2019, League of Legends World Championship gathered 44,000,000 viewers (on over 20 different platforms and in 16 languages).

Just imagine what your ROI could be now if you would pair up your brand with one of players or teams during this event. Entering this game is crucial for your brand. Let’s take a closer look at esports fans. According to Nielsen Sports, many of them (over 70%) are young, highly educated and tech-savvy males, who are interested in taking a well-paid job. This creates another opportunity (apart from advertising your products or services dedicated to this target group) – namely, to create an image of your brand as a potential employer.

Needs tailored solutions are the most effective, therefore, it’s best to work with professionals to achieve maximum results. In this area of marketing, inSTREAMLY brings its A-game to help you. Every campaign needs a good strategy and a set of tools to be successful. And inSTREAMLY works closely with many game streamers and offers different kinds of campaigns. For example influencer marketing, product placement, interactive and automated micro-sponsorship campaigns.

Your brand gains access to a massive, engaged audience. Combined with creative and entertaining content, this way helps your brand be at the forefront within the community, because the audience always comes back for more. At inSTREAMLY we ran a successful influencer and product placement campaign with Adidas. Reaction videos are one of the most popular formats right now, so our plan was for streamers to create dedicated live broadcasts where they react to the challenge made by YouTubers, show Adidas ZX 2K Boost shoes, and have some fun with their viewers playing Fortnite. In addition, during the streams our artworks appeared, encouraging viewers to check the challenge videos. This way we created a two-level campaign that was memorable to stream viewers.

It’s a proven method – works well, especially if it’s implemented naturally. Keep in mind that this audience is very sensitive to ‘push’ messages. Subtle product placement without aggressive communication is the best way to promote your brand. Streamers are honest and transparent to their viewers – avoid traditional ‘perfect advertising’ messages.

Giveaways are an excellent method to promote a brand and raise awareness among the viewers. Richard Tyler Blevins, known as Ninja (who has nearly 17,000,000 followers) is one of the most recognisable figures in the industry. He makes great deals with brands, and giveaways are often a part of the campaigns.

One of them was a collab with a brand that is close to gaming – NZXT. It was a perfect match. The prize (gaming PC with custom Ninja branding) was hosted on the brand’s site and Ninja was promoting the giveaway on his Twitter, as well as during his streams. With multiple entry methods, the consumers were increasing their chances of winning the unique rig. Imagine, how many leads this campaign generated.

‘Gen Z’ is a hard-to-reach group, as most of these consumers use ad-blocking applications and avoid traditional ads. Ads on these streaming platforms are very similar to ‘classic’ clips on TV, so they deliver the message, but most likely are the least effective form of advertising for this target group.

Working with the big players, like PewDiePie or Ninja, is very effective, but also very expensive. However, partnerships with gaming influencers that have smaller audiences can bring surprisingly excellent results, due to the level of engagement of these audiences. For example, a female influencer – RoryPlays – has over 21k followers on Twitch.

This is a percentage of the number of followers of gaming influencer giants, but RoryPlays was chosen by EA to promote their ‘The Sims 4: Cats & Dogs’. It worked very well. At inSTREAMLY we connect brands with streamers via micro-sponsorship campaigns. Brands can easily work with hundreds of gaming influencercers at the same time, and display creative and interactive artworks to promote their products, leading to campaigns with high CTRs and ROI. See some of the successful campaigns we ran with streamers:

An online payment provider in Poland, wanted to get gamers to use their system to purchase gaming elements online. In the world of games, no player will survive in the game for too long unless they purchase the items they need. We took this element as a connection to Blik, which provides us with secure, fast, and simple payment in a game called life. The artworks have been visually adapted to three specific games (League of Legends, Valorant, and Fortnite), making them look like their native part. Therefore being an engaging campaign for stream viewers. See Blik’s case study here. 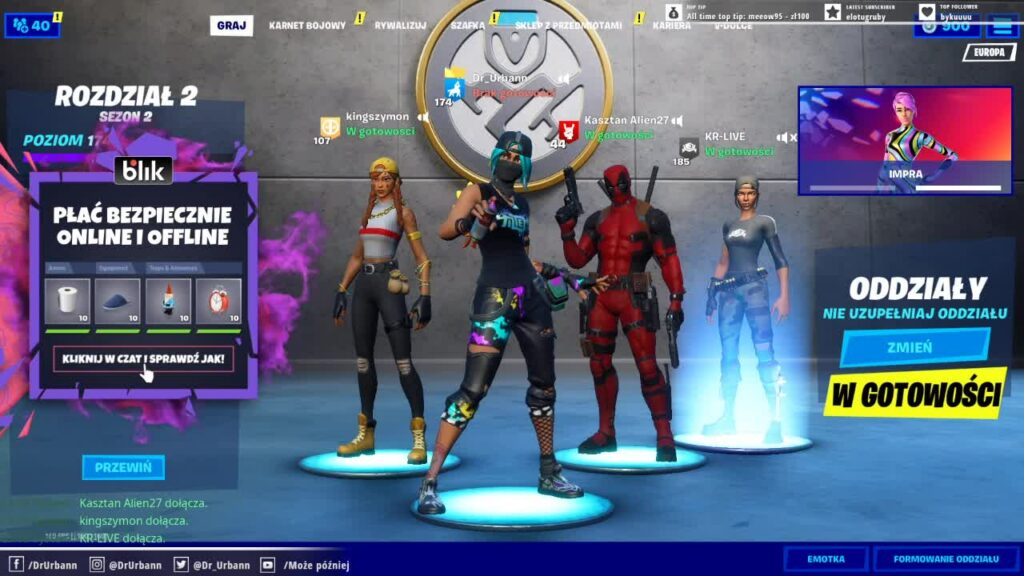 The brand came to us to release their new movie, The Old Guard, to Generation Z. The Old Guard is a movie in which teamwork is one of the main themes. It is also the case in games where each team member has an important role. We have created 2 artworks for this campaign. First presenting the movie’s characters as team players and second showcasing different weapons from the movie. This is the first inSTREAMLY campaign to be broadcasted in Germany. We also used a mechanism that allows us to pull nicknames from a live chat and automatically put them on the artwork. This way we could engage stream viewers and create a buzz around the movie’s premiere. 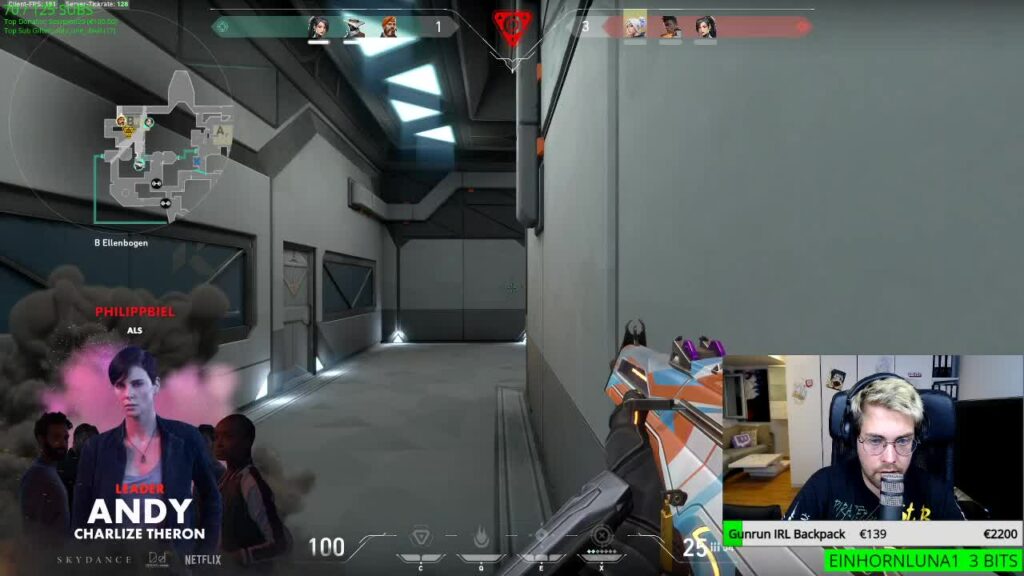 The computer manufacturer company, has gamers as one of their client groups, so they know the importance of using the right channels and language to communicate with them. Gamers are a group of people that are really sensitive to the way you communicate with them. Therefore it is very important to use their lingo. So we created a campaign in which artworks automatically reacted to what people were writing in the live chat. As soon as the viewer used a certain phrase or a word in chat, a matching artwork popped up on the screen. It showed, that Lenovo actively reacts to what viewers say and engages with them in real-time. Get to know more here. 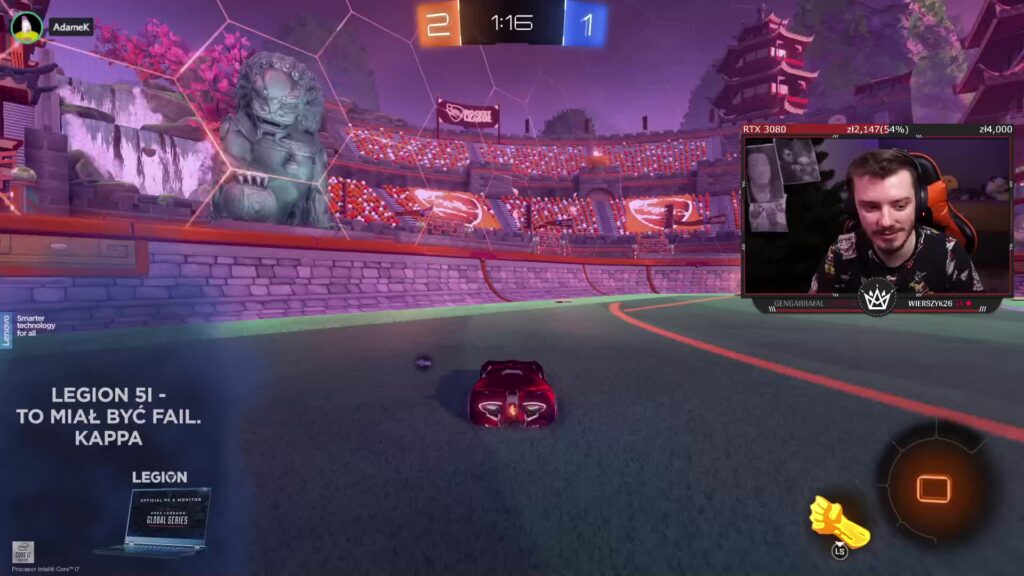 Adaptation is the key to success. That is why brands should get into the game and notice the potential of working with gaming influencers. This marketing channel is still highly underestimated – and this makes it a perfect opportunity for brands to get ahead of the game in the marketing race. The only factor that determines the success is to understand the tools and the processes – this is where the professionals come in. We are a team of passionate and experienced experts, who know the gaming industry inside-out!

Start your own campaign with gaming influencers!

Do you want to share your brand’s message with streamers and stand out for Gen Z?
Schedule a demo