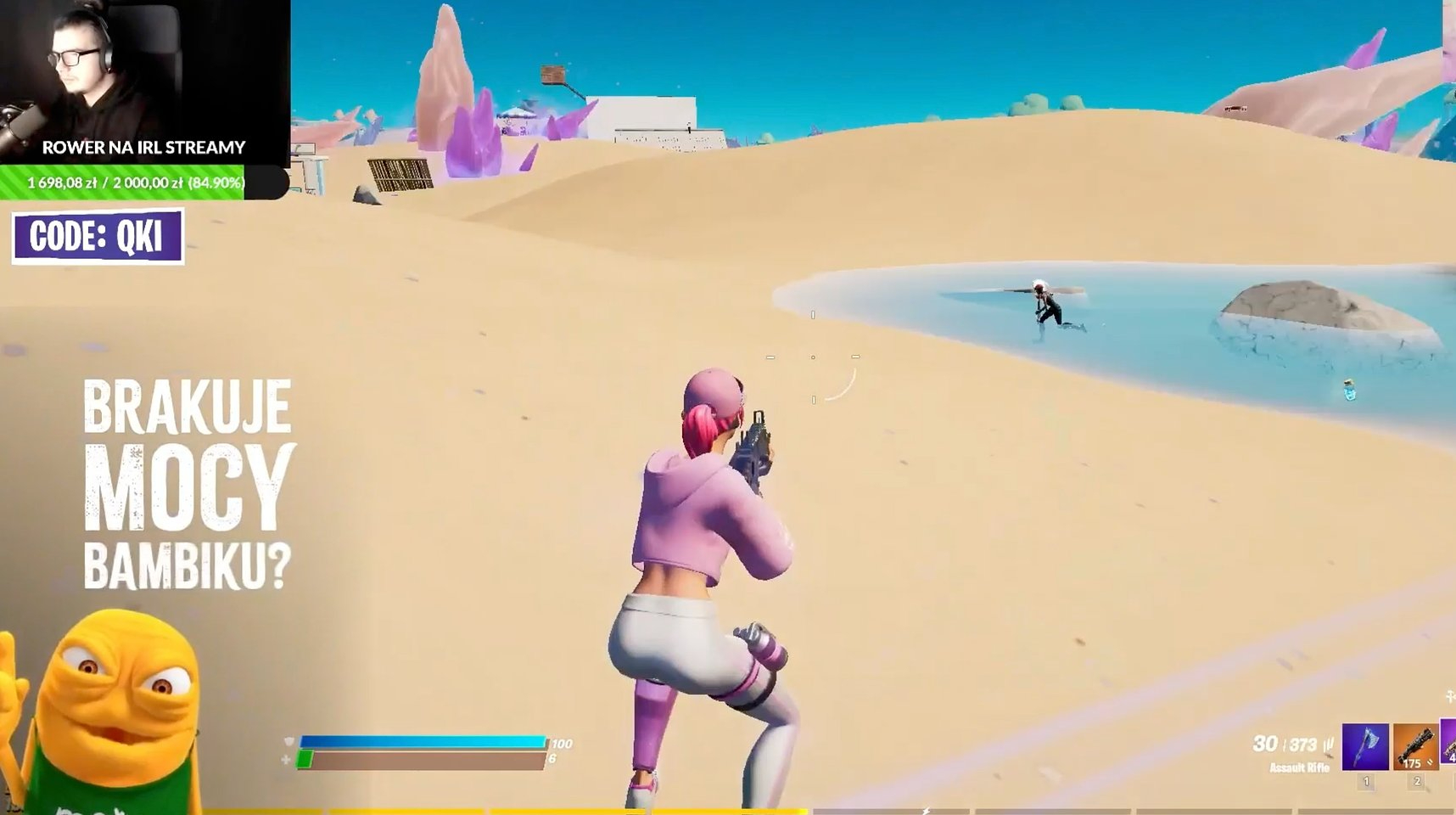 Small Hunger, the infamous brand hero from the food company Danone, always shows up when someone starts to feel just a little hungry. In his characteristic way, he annoys people by making them aware of the rumbling in their bellies. This time he tried to get the attention of Fortnite streamers on their live streams. How did he do it? Read on!

Danone came to us with the challenge of introducing the mischievous Small Hunger to the world of gaming and live streaming in order to raise Danio’s brand awareness among Gen Z and gamers.

Danio is one of the most famous brands in Danone’s portfolio. It’s designed to satisfy the small hunger between meals. We all know that moment of being just a little bit hungry or in need of an energy boost. That’s the concept we wanted to explore and came up with an innovative and creative way to bring it to life. Danio’s new brand awareness campaign takes the playful hero into a completely new environment of gaming and live streaming.

How we got Small Hunger to interact with Fortnite streamers?

With the VMLY&R agency, we conducted a campaign that allowed the artwork to pop up on the stream screen whenever the character’s energy decreased. Just like in real life – when we’re hungry, we lose energy, so in order to give ourselves a boost, we need to eat something.

Using the innovative technology based on artificial intelligence (AI) for marketing, created by VMLY&R, Small Hunger, by analysing the gameplay, knew exactly what was happening during the game. He had sharp retorts prepared for many scenarios and he attacked exactly when Fortnite characters’ energy levels dropped. The applied AI-based algorithm allowed us to display Small Hunger’s message during the stream at perfect and precise moments.

Throughout the whole process, we brought creative and technological support to make sure that everything works exactly as it should. It was the first campaign in which we used such a complicated mechanism. A specially created artwork reacted in real-time to what was happening on the screen.

Time to get rid of the Small Hunger

Four top polish Fortnite streamers joined in to fight with hunger attacking them in between matches. They showed that they are not afraid of it. For a week, the Taiovsky Crew, consisting of Patryk “Taiovsky” Winny, Paweł “LiLqki” Knicz, Jakub “Hycel” Krawczyk and Dominik “Beznickos” Przygoda, were facing Small Hunger at the front. The campaign was running for a week and Danio’s attempts to poke the Small Hunger inside of us have been seen over 650,000 times on live stream. See what Patryk “Taiovsky” Winny said about the campaign and how his viewers received it:

The new technology implemented by Danio is a great way to interact with the viewers during a live stream. Apart from the viewer interaction, the sponsored content itself was not invasive at all in any way and people were interested in what they’re seeing on the screen, asking questions, instead of complaining about the artwork and why it’s there.

This campaign proved to us that only the sky is the limit when it comes to creative thinking. Especially making an innovative marketing campaign in gaming and live streaming that goes ahead of its time. Do you want to check more case studies of cool brands that worked with streamers? Get inspired here.

Start your own campaign with gaming influencers!

Do you want to make a cool campaign with streamers? Contact us!
Schedule a demo

Unicef’s French branch asked us to help with promoting their newest Streamin’ Night campaign and we were more than happy to run a campaign for the cause and help to raise €50K to help every child fulfil their potential.