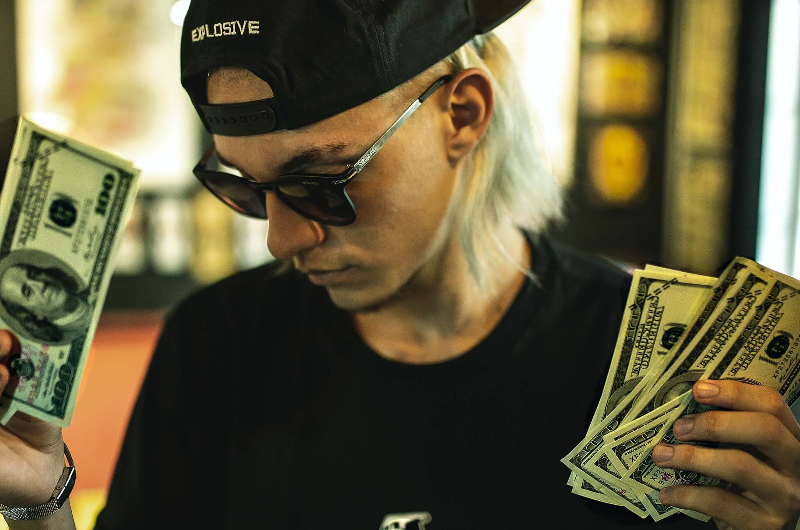 How Much Do Twitch Streamers Make? Salary and Income Sources

There are many reasons someone might want to become a streamer. They might be hoping for fame, simply having fun or being against the traditional 9-5 lifestyle. Even if money isn’t a reason for you, it’s usually an important factor. Especially if you want to “go pro” and make streaming your day job, and not just an after-hours hobby. So, how much do Twitch streamers make? And where does all this money come from, exactly? Read on to find out!

How Much Do Twitch Streamers Make? It Depends

Streamers (and influencers in general) are a group on a very wide spectrum, not just when it comes to interests, skills and personality, but also income. In most regular jobs, you work for a set number of hours and receive a previously agreed-upon salary. It doesn’t work this way in streaming.

There isn’t such a thing as an average Twitch streamer salary, since streamers generally don’t have an employer. Their revenue can change drastically from month to month, even when it comes to popular content creators. As such, there is no easy answer to the question of how much money does a twitch streamer make.

There’s certainly a possibility to earn a lot. Ninja, one of the most popular streamers in the world, supposedly earned about $17 million in 2019. It’s only an estimate, though, since getting the number exactly right would require digging deep into his bank records. But it doesn’t accurately represent how much does the average streamer make, who has a significantly smaller number of fans.

In April 2021, there were over 9 million active streamers on Twitch, which means that the competition is fierce. Not everyone can reach the top, both popularity and earnings wise. It’s possible to stream regularly and only earn a small amount or even not earn anything at all. If you want to start earning, becoming a Twitch Affiliate (and later on, a Twitch Partner) is a good first step to take, as it opens up many monetisation opportunities unavailable to non-Affiliates/Partners.

One of the keys to raising a streamer’s income is to diversify its sources. As mentioned, there’s no average streamer salary. Thus, if you only have one revenue stream and it will go particularly poorly in any given month, you may find yourself in a tight spot. By having many revenue streams, you can guarantee yourself at least some level of income stability.

Thankfully, there are many ways that a streamer can make money, although depending on the chosen method, a different time commitment or effort may be required. If you want to enjoy a higher and more stable streamer income, learning about the possibilities is a good idea. Here are some of the most important examples!

Most people know that a month of Twitch subscription costs $4.99 (although that’s only a Tier 1 sub – there’s also a $9.99 for Tier 2 and $24.99 for Tier 3). But how much does a Twitch streamer get per sub? As you may have already guessed, not even close to what the viewer pays. Most streamers receive about half of the price of the subscription, which is $2.50 for Tier 1 subs. However, top content creators can negotiate a higher cut.

If we do some quick math, what this means is that if you have 1000 Tier 1 subscribers in a month, just from that one source you will probably earn close to $2,500. Subs tend to fluctuate, though. It’s possible to have one good month followed by many horrible ones if some or many people decide to not renew. For example, Ninja’s all-time high active subs count was nearly 270,000 (in April 2018), but in May 2021 he only had 9,466 subscribers.

Donations are the cornerstone of Twitch streamer revenue for many content creators. Their amount depends entirely on the viewers’ generosity in the given timeframe, and the audience size is also an important factor.

Some streamers can earn thousands through donations in just one stream, but not everyone can reach such heights. There are ways to non-invasively encourage people to donate, though, which can make it easier. Examples include thanking every person who donates personally and having a donation counter/leaderboard in the overlay and the stream panels. See how to set donations on Twitch here.

Bits are also worth mentioning, although if you are wondering how much does a streamer get per Bit, the answer may surprise you. For every Bit sent by a viewer, the streamer gets $0.01 (or the equivalent amount in the local currency). Therefore, many streamers prefer direct donations through PayPal, cryptocurrency or third-party sites.

Brand partnerships can be a great way to make additional income as a streamer, either short term or long-term. Finding brands interested in working with you is not always easy, though, especially if you aren’t a household name just yet. But worry not – there is a way to make it easier and less stressful.

inStreamly empowers content creators, big, small and everything in between, to earn more, in a simpler, more accessible way. It’s a great method to connect with brands looking for people like you – without having to do a boatload of research, reach out to companies personally and so on. In the process, you save a lot of time and also gain access to many interesting opportunities that might not have been available to you otherwise.

Monetise Your Stream No Matter Your Channel Size!

At inStreamly you can sign sponsorship deals with cool brands and earn on your stream!

Another way to earn money through Twitch is by running ads on your stream. How much does a Twitch streamer make this way? Twitch usually takes a 50% cut of the advertising revenue, although it’s subject to negotiation when it comes to more popular streamers.

The platform uses a CPM metric, which means cost per mille (1,000 viewers), to calculate the streamer’s income. For example, if your CPM after Twitch’s cut is $5, and 3,000 people will watch the ad, you should earn about $15 from it. CPM depends on many factors, such as content type and geographical location, so it varies between streamers.

It’s worth noting that not all of the people who are on your stream when you run the ad will see it. Therefore, they won’t be counted towards your earnings. Many of your viewers may use AdBlock or other ad-blocking extensions, which will limit the ads’ reach and visibility, and as such, also limit your income from this source.

As they say, everyone is the architect of their own fortune. This sentiment rings especially true in regard to content creators. Everyone’s case is unique, so it’s difficult to assess how much does a streamer make exactly. There are many ways to earn money in this profession, but the choice of which opportunities you take advantage of is up to you. Remember – work hard, don’t give up and success will follow!