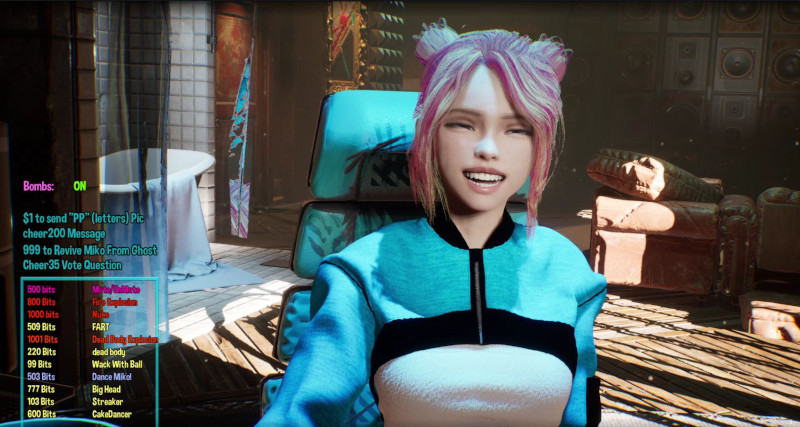 How to Vstream and Become a Vtuber

Have you ever thought to yourself “how fun it would be to stream as someone else”? Maybe as a character from manga you are in love with, maybe as a pirate, an animal, an alien, a cat or maybe you simply don’t feel like putting on any makeup or a t-shirt? If the answer is ‘Yes!’ then consider starting a virtual stream (vstream) and become a virtual streamer (aka vstreamer or vtuber).

What Is Vstream and Who Are Virtual Streamers?

Virtual stream is simply live streaming your content, be it gameplay or anything else, without showing your face and using a virtual avatar instead.

So, virtual streamers are, well… streamers. And just like any other streamer out there, they stream, engage with the viewers, build totally original virtual community, work with other streamers. The only difference? They are not ‘real’ in a classic sense of the word – vstreamers and vtubers use animated characters (avatars) instead of their webcam picture feed to keep their identity totally secret.

Although becoming a vstreamer requires a bit more preparation, it’s possible for almost anyone, so let’s unpack the whole process. 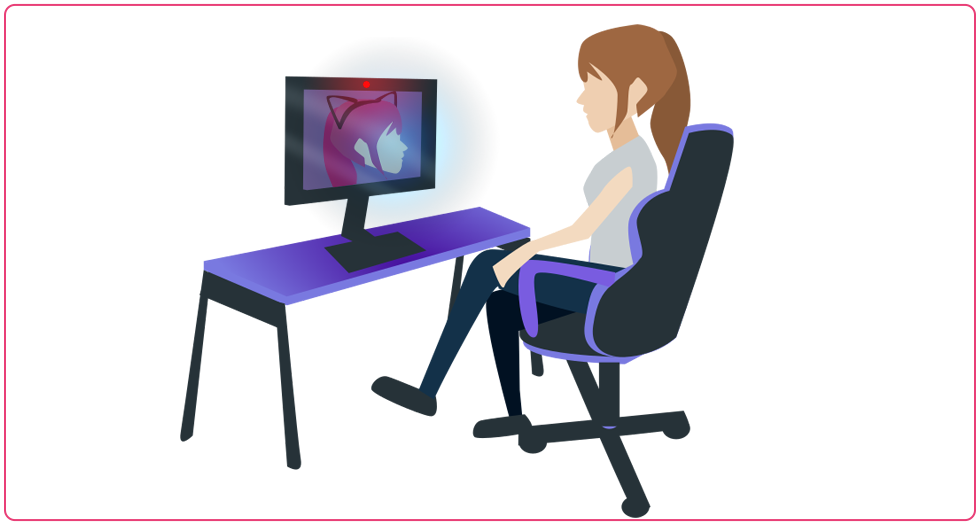 Which Kind of Avatar Should I Choose to Vstream?

So how to become a vtuber? Deciding on what character you would like to stream is only the first step in the virtual streaming world. The beauty and appeal of vstream is the freedom it provides for everyone, possibilities are limited only by your own imagination (and terms of service of the platform you want to stream on).

If you are starting streaming, it is a good idea to check some basic guides for beginner streamers. You can find interesting ones in our Knowledge section:

Once you have the basics, it’s time to decide if your character will be a 3D or 2D avatar. There are pros and cons to both. 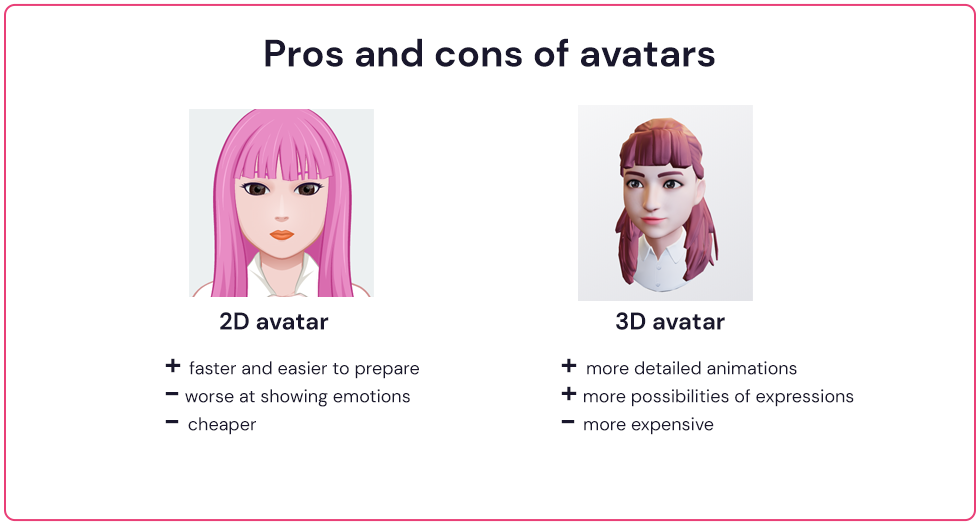 While 3D models provide a bit more possibilities to animate expressions, motion tracking, and more immersive characteristics, it’s not a surprise they are a little bit harder to create, and animating these require higher costs for setup.

2D characters are a great alternative if you, as a beginner vtuber, have a tighter budget. Since these require a bit less work to prepare, you will be able to start with them faster.

How to create a 2D vtuber character? And how much do vtuber models cost?

For more basic results you can also use Live 2D viewer or Adobe Character Animator. Keep in mind though, that these methods offer very basic animation possibilities and are less popular than Live2D, so finding guides on using them may be a bit harder.

How to Create a 3D Vstreamer Avatar?

For something a more ambitious, and customised persona you can go for 3D modelling the character from scratch. The general steps to creating an avatar in 3D are the same as for 2D one. You have to have a vision for your character, create and animate it. The devil’s in the details.

Animating the 3D model for your vstream is a whole different pair of shoes. Using software with facial recognition (FaceRig) and pre-existing models is by far the easiest way to do that. For animating a custom 3D model again you have a choice – either you’ll go with webcam animation or motion capture.

Some of the most popular tools to animate your vtuber character with your webcam are:

If you’d like to step up your animation game and use actual motion capture methods, by far the most affordable one is the VR set. It may be any VR set on the market as long as it’s compatible with SteamV. It’s good to consider VR sets bundled with motion trackers (such as Vive).

Another way to do that is to use software (V-Katsu for example), which also has a built-in character creation tool. Other popular programs to motion-capture your avatar (these don’t contain character creators) are:

You may also try doing it with Unity or other software development tool. This will allow you to create animations by using Inverse Kinematics – remember though this is a quite complicated process.

Finally, if money is not a question and you really want to do perfect motion capture over your character, well… use actual motion capture systems, such as Perception Neurons. Using it is basically a semi-professional level of experience, so by any means do not start with this. You can start with a 2D or simple 3D avatar and use this method as you grow your vstream and become a famous vtuber. 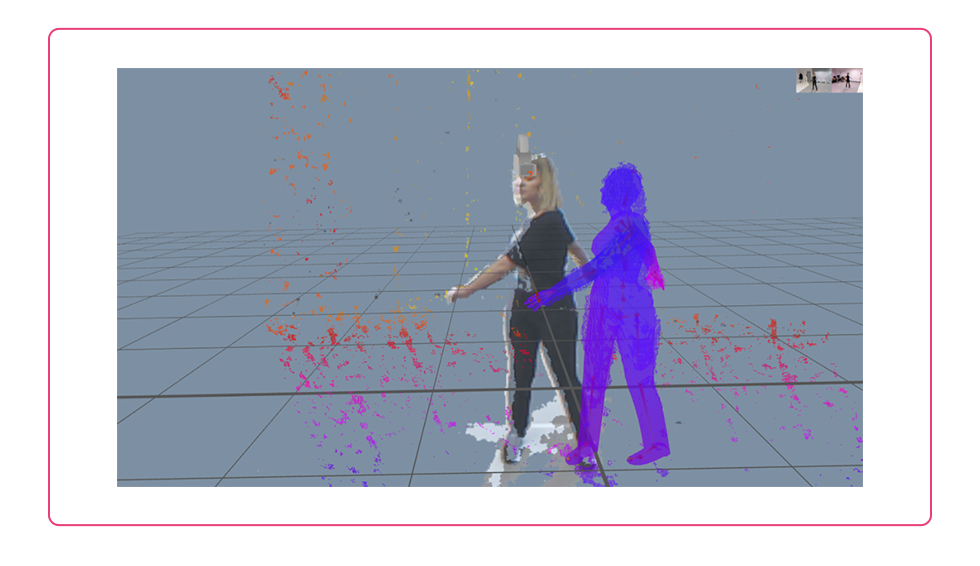 Or you can take the easy route – use an already existing 3D model, that either comes in software such as FaceRig or (for more advanced models) purchasing a ready-to-use model from one of the websites. It’s important to remember that the avatars have to be saved in VRM format.

A Virtual Streamer Is Still a Streamer

No matter the reason you choose to vstream and use an avatar to represent your image as a vtuber, don’t forget that this only affects the first impression viewers have of you. As a streamer, you will still need to show your personality, be consistent, build rapport and engage with your community, cooperate with your peers, know your audience, your game to grow and be one of the top players out there. If you want to know more about the setup, cost, relevant software, etc., read our more detailed article about vtubing!

Vstreamer or Not, Monetise Your Streaming Channel!

At inStreamly, all streamers can sign micro sponsorship deals with cool brands and monetise their passion.
Start now