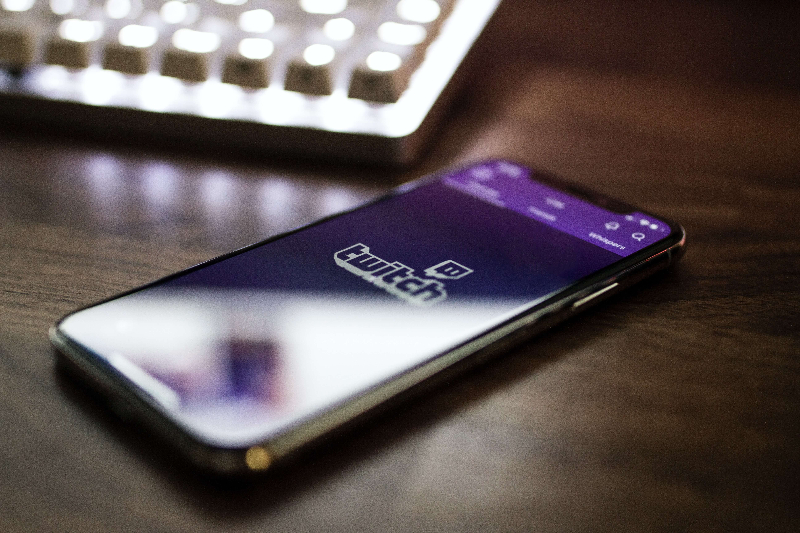 Planning to start marketing your brand on Twitch? Smart move, as live streaming is taking over the world! But before you jump into it, it’s important to know some of Twitch terms and metrics that are used on the platform. We broke them for you into groups, so they should be easier to understand. Learn Twitch Marketing 101 with us!

Let’s start with Twitch categories, so you will know what kinds of content you can find on the platform. The easiest way to divide the categories is into two:

The chat on Twitch is the place where users post their comments about the stream. They can also ask questions and engage with the streamer. To prevent any spam or inappropriate situations, streamers have some options:

The chat is also a great tool to use when marketing your brand on Twitch, as solutions like inStreamly can not only display creative in-motion promotional artworks, but also interact with streamers’ viewers via chat to promote your product or service.

Emotes are an important part of Twitch chat. Some emotes are global and some can be unlocked by streamers, as they become more popular, which helps them with branding. There are a few you should know:

Did you ever wonder how much small Twitch streamers make? Viewers can show support to their favourite streamers in a few ways. Bits are tokens, a currency used in Twitch. Viewers use it to „cheer” the streamers, showing their appreciation and contributing to streamers earnings. Instead of using this currency, audiences can also donate actual money directly to a streamer. A donation is called a “dono” as well.

A viewer, who wants to be up to date with a particular streamer’s content, can turn on notifications by clicking the bell. Also, it’s possible to subscribe to a channel, donating some amount of money every month. There are 3 tiers of subscriptions, where the 1st one costs $4,99, 2nd costs $9,99 and the 3rd costs $24,99. Subscriptions usually give viewers extra emotes and ad-free viewing, while more benefits depend on the streamer. The other rewards for supporting a streamer are badges. Usually, the longer a viewer supports a streamer, the more badges he or she unlocks. But those are not the only badges available. Other examples are as follows:

Affiliate and Partner are a status that a streamer can unlock. After gaining 50 followers, streaming for 8 hours and on 7 different days with an average of 3 viewers, a streamer becomes an Affiliate. Viewers can now subscribe to the channel and the streamer can unlock more emotes or other features. Partner status gives more perks and also unlocks special contracts available through Twitch’s „Bounty Board”.

Brands are able to run marketing campaigns on Twitch by working directly with the content creators (streamers) by bringing sponsored content to their channels. Companies pay streamers for showing their product or service during streams to attract new audiences. Usually, brands tend to sponsor streamers with more viewers. But there is also a possibility to sponsor micro-streamers – ones with a smaller audience, but with a great relationship with viewers. Those contracts are called micro-sponsorships. Brands can benefit from partnering with more micro-streamers than one influencer – more on that here.

There are several Google Chrome extensions that give Twitch viewers extra features. Basic ones are emotes available only with those extensions. One of the extensions is BTTV (Better Twitch TV), and the other FFZ (FrankerFaceZ). For example, BTTV enables monka or monkaS emote, featuring nervous Pepe the Frog. PepeHands, which was mentioned earlier, also is a BTTV emote. Also when you have BTTV, a Pog emote shows streamer Gootecks.

OBS, or Open Broadcaster Software, is a program that is free and open-source. It enables recording videos and streaming. StreamElements and StreamLabs are services that manage your streams (after connecting them to Twitch). They can help you with making chat commands, alerts or overlays. Features worth mentioning are sub and donation goals. Viewers can see a bar where you set up for example how many donations you need to pay your bills, so they know how much they already contributed towards your goal.

There are few ways streamers can use to raise their popularity and gain followers. What can streamers do to attract a new audience? They can ask other streamers to join their stream, which makes them a host. This way viewers of the other streamer would come to the host – and if they enjoy the new channel, they may come back for more. Streamers can also bring an audience with them and “raid” somebody else’s stream, introducing a fellow streamer to their viewers.

As a marketer, there are few metrics (besides the number of followers and subscriptions) you could take into account when you think about running a marketing campaign with streamers on Twitch. Also, you should analyse those when you have your own channel.

Viewers Attachment to the Streamer

All good marketers now, not only do numbers count, but also engagement. In Twitch marketing 101, metrics are not different. It’s important to see the loyalty of a streamer’s community, check if they come back to the channel. Of course, there are ways to increase this loyalty: a streamer can give points to his viewers for their engagement and then, for example, create items they can buy with these points, organise contests or giveaways. StreamElements has a feature for that.

Let’s not forget about the streamers influence over their community: live video enables interaction. Also, a streamer spends hours with the audience. There is no surprise that streamers are called “influencers”. Streamers are also influenced by their community, which only raises engagement between them. More on influencing here.

So, those are the basics of Twitch marketing 101. Hope you will find them useful! Also, we would recommend checking out this glossary for gamers if you are new to this topic as well.

Start Your Own Campaign With Twitch Streamers!

Would you like to promote your brand with streamers and stand out for Gen Z?
Schedule a demo
There's plenty more exciting stuff to read here